The increased frequency of natural disasters is raising risks for home loans and house prices in Australia, and is credit negative for Australian RMBS, says Moody’s. A report by Moody’s Investor Services has found a 50 per cent increase in the frequency of natural disasters from the previous decade, which it warns poses a risk to mortgagors, the property market, and Australian residential mortgage-backed securities (RMBS).

The research report highlighted that natural disasters, including floods, bushfires, storms and cyclones, are rising in frequency in Australia, adding that “climate change is likely to result in more extreme weather events.”

“According to the Bureau of Meteorology (BOM) and the Commonwealth Scientific and Industrial Research Organisation (CSIRO), Australia’s average temperature has warmed by around [1 degree Celsius] since 1910, accompanied by more frequent extreme heat events,” the report stated.

It added that there has been a consistent increase in “extreme fire weather” as well as ongoing increases in the length of the fire season throughout the country.

Similarly, the surrounding oceans have warmed by approximately 1 degree Celsius since 1910, “contributing to longer and more frequent marine heatwaves.”

“Rainfall levels have fallen in the south-east and south-west of Australia over the last few decades but increased in the Northern Territory. In addition, droughts are likely to intensify in some areas of Australia as a result of higher temperatures and lower precipitation,” the report stated.

Overall, the research found that the number of significant natural disasters in the last 10 years is up almost 50 per cent from the previous decade, with this trend expected to continue.

Notably, the impact of natural disasters can disrupt economic activity, reducing borrower’s incomes, which leads to mortgage delinquencies and losses.

Natural disasters can also significantly reduce the value of properties in disaster-affected areas.

However, the report highlighted historical data, which showed that, while mortgage delinquencies in disaster-stricken areas “increased”, they did so temporarily, and by “moderate amounts”.

For example, cyclone Debbie, one of the biggest natural disasters to hit Australia in the past 10 years, caused “widespread damage to public infrastructure, businesses and private property” over a significant area of Queensland, yet mortgage delinquencies “only increased moderately”.

“With cyclone Debbie, the 30+ day delinquency rate for home loans that were in disaster-hit areas and part of the mortgage pools of RMBS we rate increased to 2.3 per cent after the disaster from 2.0 per cent before the event, and dropped to 1.9 per cent eight months afterwards,” the report read.

These figures are in light of the fact that the cyclone came “on top of existing stress factors” for mortgagors in Queensland at the time, including a relatively high unemployment rate (6.4 per cent in August, compared to the national average of 5.3 per cent).

“The 30+ day delinquency rate for home loans that were in disaster-hit areas and part of the mortgage pools of RMBS we rate increased to 2.4 per cent after the disaster from 1.7 per cent previously, and dropped to 1 per cent eight months afterwards.”

Moody’s associate analyst Joanne Kung went on to outline that mortgage delinquencies in the aftermath of natural disasters can be kept to moderate levels due to mitigating factors, including the use of mortgagor’s home and mortgage insurance as well as the financial relief provided by lenders and the government.

“However, exclusions or conditions may apply in certain types of insurance, leaving mortgages on properties without adequate cover facing a relatively high risk of default following natural disaster.”

Additionally, the report says “mortgage lenders are required by law to offer relief to borrowers who experience financial hardship, including hardship caused by natural disasters.

“Such assistance includes loan repayment deferrals and reductions, which can help limit delinquencies and losses,” it said.

Commenting on the report, Ms Kung said: "Natural disasters can disrupt economic activity and reduce incomes, as well as lower property values in affected areas, all of which raise the risk of mortgage delinquencies and losses.”

"However, the geographic diversity of RMBS mortgage pools, insurance payouts and financial relief offered by lenders and governments help mitigate the impact on the performance of Australian RMBS.”

According to the report, NSW has borne the brunt of significant natural disasters in Australia, accounting for 30.5 per cent of such events between 1970 and 2018. This is followed by Queensland, at 28.9 per cent, and Victoria, at 13.7 per cent. 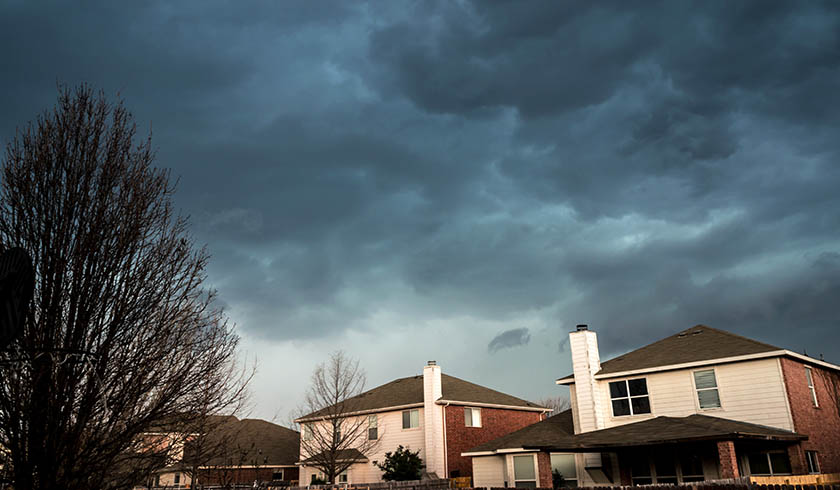