Australia’s leading real estate identity John McGrath has pinpointed the suburbs he believes will boom in a post-coronavirus world.

In their latest 52-page report, Has COVID-19 changed real estate forever? Mr McGrath’s eponymous real estate agency explores with great detail and insight how the wants and needs of buyers and sellers have transformed irrevocably during the pandemic.

“There’s zero doubt that the pandemic will cause sectors of the population to adjust their way of thinking and behaviour forever,” Mr McGrath writes in the introduction to the report.

“Many Sydneysiders might remember when this suburb was best known for its abattoir – hardly an iconic landmark, yet since its closure in 1988 this area has been quietly reinventing itself into a prized address in the significantly gentrified inner west.

“Walk through the village and sample some of the best eateries in Sydney or stroll across the road to Sydney Olympic Park for any number of sporting or cultural events. Oh, did I mention that the WestConnex tunnel has just shifted Homebush residents about 15 minutes closer to town?”

“This gracious garden suburb has long been one of my favourite locations and an area I’ve steered many of my friends into in the past few years. Where else can you be a stone’s throw from the CBD, on a large allotment in a period home with some of the best coffee and delicatessens in the land on your doorstep!”

“Once upon a time, you had to choose between a movie star lifestyle on the Northern Beaches or easy access into the CBD. Well, now that ‘the game has changed with remote work, you no longer have to wrestle with the Spit Bridge every day.

“So, why not choose the movie star lifestyle and enjoy a dip before work in Sydney’s next beachside suburb to boom? Think of me as you sip your cappuccino and breathe in the fresh salt air of the Pacific before you head home for your first Zoom meeting.”

“In the heart of the burgeoning north west corridor Rouse Hill and its town centre retail village have presented a compelling lifestyle for young families looking for clean air, more land, better value for money & a (now) easy commute to the CBD via the Sydney Metro Northwest (for those who still work in an office!).”

“The ‘Rouse Hill of the south west’. Read all the things I said about Rouse Hill and you can apply them to Edmondson Park and get some change left over. The newly minted M8 is bringing its residents 15 minutes closer to the CBD if you choose to drive.”

“With COVID-19 changing many people’s minds about working remotely, you’ll see little lifestyle gems like Thirroul in the Illawarra region take off over the next few years. Sitting on the seaside, only a few kilometres from Wollongong and a very easy commute to the big smoke, this lifestyle will become more in demand from savvy locals, Sydney executives and nearby empty nesters in search of the ultimate sea-change.”

“Where, I hear you say? Well, go to Google and check out this quiet little village just north of Sydney on the booming Central Coast. With the pandemic showing everyone how easy it is to work from home and the new NorthConnex lopping 20 minutes off your trip to town, you’ll make great money over time securing a cottage in this charming seaside suburb for the price of a one bedroom apartment in Sydney.”

“Earmarked as an up-and-coming suburb for many years, Thornbury is a cultural melting pot popular with hipsters, professionals, young families and older migrants who moved in decades ago. On average it’s $200,000-$350,000 cheaper than neighbouring Northcote and Fitzroy North but still offers the same great city access via the No 11 tram that runs every 10 minutes for a 25-minute journey to Spring/Collins Street.

It has its own parochial buzz with pubs, boutique shops and cafes on High Street and its local schools, including Thornbury High and Northcote High, have a great reputation.”

“All eyes are on Sunshine as the Victorian Government completes a business case study on its suitability as the preferred route for Melbourne’s $13 billion 27km Airport Rail to the CBD. If it proceeds, Sunshine will become a super transport hub the size of Southern Cross Station, offering accommodation, food, retail and commercial spaces. The Sunshine Super Hub will also become a gateway to regional Victoria under the broader Western Rail Plan, which includes the fast rail to Geelong and Ballarat. Identified as a State Government priority precinct, Sunshine will receive a significant boost to infrastructure, health services and education facilities over the next seven years, which will generate thousands of jobs and service the region’s growing population. Brimbank Council is aiming to make Sunshine the capital of Melbourne’s west by 2050.”

“The median house price broke the $2 million mark in the June 2020 quarter but apartments are affordable at a median $677,000, despite 15.2 per cent growth over the same period. Only 6km from Melbourne’s CBD and 13 minutes by train from Glenferrie Station to Flinders Street Station, Hawthorn is surrounded by some of the city’s most expensive and prestigious suburbs including Toorak, Camberwell, KewKew, NSW Kew, VIC and Hawthorn East. Apartment owners benefit from the same lifestyle perks and amenities of these illustrious neighbours but without the price tag.”

“Coburg North is benefiting from the ripple effect of rising house prices in neighbouring Coburg and BrunswickBrunswick, WA Brunswick, VIC. Transformation is underway in this hidden hub, 11km north of the city and 20 minutes’ drive to Melbourne Airport. It is popular amongst 30-somethings with a large Italian and Greek community creating a wonderful cultural combination. The median house price is $170,000 cheaper than Coburg. The No 19 tram to Flinders Street Station takes 30 minutes and the 15km bike ride along the scenic Merri Creek river trail is a popular option for the heart and hip pocket.”

“Young families seeking a country lifestyle within commuting distance of Melbourne are being drawn to Kilmore. The median house price is $443,750, almost 45 per cent cheaper than Melbourne and the trip from Kilmore East Station to Southern Cross Station takes just an hour.

Services and amenities include a golf course, hospital, council-owned gym and pool, cafes and shops. A Kilmore Structure Plan to cater for the region’s growth includes street widening, new footpaths and a bypass off the Northern Highway for improved accessibility and safety.”

First class fish and chips with a water view is part of Redland Bay’s charm. Located in Brisbane’s bayside area, about 45km by car from the CBD, it has a country town vibe with city amenities. It is 10 minutes to Victoria Point Shopping Centre; the kids can ride their bikes to Redland Bay State School; and the cherished waterfront and jetty is within walking distance for many. Typical bayside houses sell for about $550,000.

New infrastructure improvements have begun following approval of Lendlease’s multibillion-dollar Shoreline residential community. A new marina is also being considered as part of the redevelopment of Redland Bay’s Weinam Creek.

This quiet, family-friendly suburb appeals for its generous blocks of 600 sq m to 1,000 sq m and median house price of $527,500. It has modern playgrounds, open green spaces, quality schools in Rochedale State and Redeemer Lutheran College and easy access to SpringwoodSpringwood, NSW Springwood, QLD, Sunnybank, Garden City, Carindale and Brisbane CBD via the Gateway, Pacific and Logan Motorways. The Queensland Government has identified it as a Koala Conservation area to protect the native wildlife’s habitat from overdevelopment.

A blend of convenience and neighbourhood friendliness defines the lifestyle on offer in Toowong, an inner west suburb less than 5km from Brisbane’s CBD. Popular among those who want less commuting in their lives, its diverse range of housing means it appeals to both young and mature buyers.

A new $64 million school planned in the area will alleviate overcrowding at Toowong Primary School. Plans for a new $450 million town centre modelled on The Grove in Los Angeles have been lodged and will modernise the suburb whilst generating new jobs and services.

“The lesser known sibling to Sunshine Beach, it doesn’t attract the headlines or celebrity buyers that its famous neighbour does. It also hasn’t had the same rate of growth that Sunshine Beach has experienced in the past three years, with the median house price about 45 per cent cheaper at $975,000. However, things are changing with original beach houses being renovated and new listings becoming scarce due to its relative affordability and the appeal of its comfortable beach lifestyle, surf scene and proximity to Noosa National Park.”

“I think the authenticity of Burleigh Heads is a thing of beauty. But change is inevitable and as the modernisation of the Gold Coast beachfront naturally creeps further south, this laid-back coastal hub is next in line for a growth spurt. Major developments have already been earmarked and the appetite for beautifully-designed luxury residences has seen off-the-plan launches snapped up by eager buyers.

“A 33-apartment luxury residential tower released in March 2020 was 80 per cent sold on its first day, with prices starting from $1.85 million.”

“Within five minutes in any direction you can be in the city; at a museum, theatre or cinema; taking a swim at the Canberra Olympic Pool; traversing the upgraded walking tracks of Mount Ainslie; or strolling down Braddon’s bustling Lonsdale Street to join the queue outside Gelato Messina.

“Located in Canberra’s Woden Valley, Chifley is the epitome of convenience. It is 2km to the sprawling Westfield Woden, restaurants and bus transit station and seven minutes to Canberra Hospital. Located between two main arterial roads, the Tuggeranong Parkway and Melrose Drive, accessibility is attracting a new generation of buyers.

“Original 1960s brick homes are being replaced with modern architectural properties. The small cluster of local shops at Chifley Place includes A Bite to Eat, which does a roaring brunch trade.”

“Part of Canberra’s northern suburbs, Bonner has been popular among families since it was first settled in 2010. It is one of Canberra’s fastest and largest growth areas. The masterplanned suburb is 4km from Gungahlin Town Centre, adjacent to Mulligans Flat Nature Reserve and is lauded for its wide roads, sports facilities, state-of-the-art Neville Bonner Primary School and the $30 million Amaroo Group Centre, which has a Coles supermarket and 10 specialty shops. The completion of the $288 million Majura Parkway four lane upgrade in 2016 has boosted connectivity to the city 16km to the south.”

“Change is happening in Yarralumla, an embassy suburb 3km from Parliament House and Government House. Immaculately maintained bicycle and walking paths traverse the northern boundary along Lake Burley Griffin in one continuous 19km loop. Parks, the Royal Canberra Golf Club, health services, and a particularly good casual Turkish restaurant combines to create a lively village atmosphere. An increase in original houses listed for sale in the first half of 2020 suggests the existing demographic (35 per cent aged 60-plus) is being replaced by a new generation.”

“Much-needed upgrades to footpaths and pedestrian crossings in Narrabundah have been prioritised as part of the ACT Government’s fast-tracked COVID-19 construction recovery program and will do wonders for the streetscape. The highly regarded Narrabundah College has educated students since 1974 and caters for almost 1,000 Year 11 and 12 students. In 2019, three of the ACT’s top five results were achieved by Narrabundah students. Pretty impressive! The school is undergoing a multi-stage modernisation worth $25.75 million over four years, mirroring the broader gentrification of this 1970s suburb. It is also sought-after for its larger residential blocks, preserved green spaces, parks and gardens.” 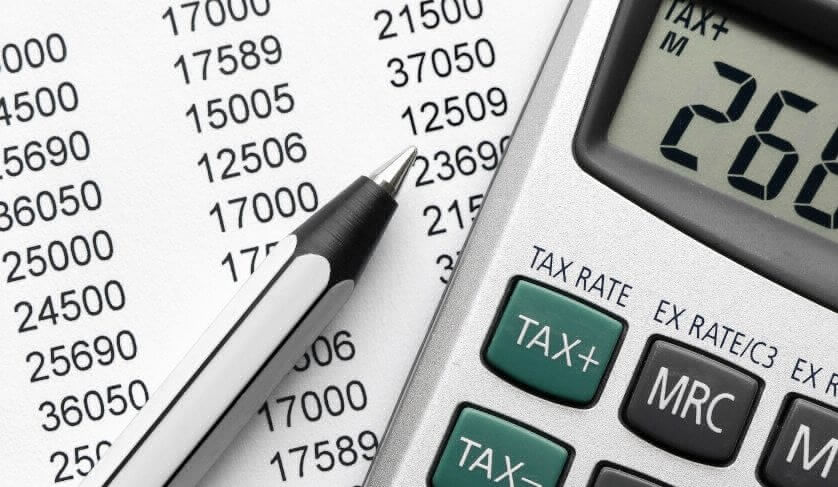