The head of one lender has described APRA’s continued efforts to reduce investor lending as “ineffectual”, despite the regulator this week declaring its crackdown a success.

APRA chairman Wayne Byres told the Federal Inquiry into Home Ownership that the regulator is achieving its goal of cooling the investor market, having convinced lenders to limit their investor lending growth to 10 per cent per annum.

“Actual growth remains marginally above this level and may well be so for the next few months, but we have seen clear moderation in the previous strong upward trajectory, and the large lenders have all indicated their intention to move within this benchmark,” he said.

“This has generated a range of responses over the past month or so, including most recently, differential pricing for owner occupiers and investors.”

“When a regulator starts talking about macro-economic objectives, that smacks of pressure from Treasury and also from the RBA to do something – that it is going to provide some indication to the public that they're [doing something about fears of a] property bubble,” Mr Way said.

“So I think it's politically motivated in large part. I don't think the banks have a massive over-exposure … because the ASIC coverage is pretty well there and investors are long-term thinkers anyway. If there's any change in the property market, they'll just sit and wait for the mean distortion to come up to parity. In other words, they will sit on their property until the market increases back up to where they bought it.”

Mr Way said that while APRA’s forced crackdown on investor lending will reduce bank exposure to investment property, it will do little to dampen underlying appetite for property by would-be investors.

“I really think the elephant in the room is negative gearing. So long as there's negative gearing there's going to be investors, and investors don't care if they get a loan through a [non-bank or other lender] to buy an investment property, which would avoid this bank restriction anyway,” he said.

While non-bank lenders may be eyeing up opportunities to steal investor customers away from the banks, Mr Way advised that this is not likely to be a long-term trend.

“I'm not convinced that restricting the banks to 10 per cent growth in the investor market is going to have that much of an impact,” he said.

“Any investor that can't get a bank, yes, will go to a non-bank lender and then will transition that non-bank [loan] into a normal bank loan over time. I just think it's rather ineffectual.” 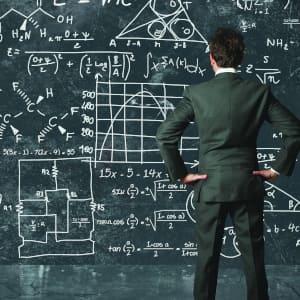 How to improve your serviceability

Responsible lending leeway ‘put to the test’ by COVID-19