Spring sale time has not attracted would-be sellers, with the national residential property listings falling by 4 per cent for September, according to new research. Figures released by SQM Research have shown that September listings fell from 325,963 in August to 312,754.

Compared with 12 months ago, listings were down 6.9 per cent.

Mr Christopher explained that new lists are not the problem, but older listing recorded a large decline.

“Listings normally rise for the first month of the spring selling season. New listings did rise. It’s just that older listings recorded a large decline. It suggests stock is being absorbed at a quicker rate,” the managing director said.

All states experienced a decrease in property sales listings over the month, with Hobart experiencing the highest decrease at 6.4 per cent followed by Melbourne and PerthPerth, TAS Perth, WA, both with a 5.8 per cent decrease.

Sydney was not far behind with a 5.7 per cent decrease. The lowest decrease was Canberra of 1.1 per cent over the month.

Year-on-year, Sydney’s listings declined by a significant 20.4 per cent.

Melbourne, Brisbane and Adelaide declined by smaller margins, falling by 5.9 per cent, 4.6 per cent and 6.3 per cent, respectively.

Perth and Darwin’s year-on-year listings also saw declines of 4.6 per cent and 3.6 per cent, respectively.

Only capital cities have had a yearly increase, with the nation’s capital having the strongest growth in lists with 8.4 per cent more properties on the market.

Hobart also finished in positive territory, growing by 3.1 per cent for the year. 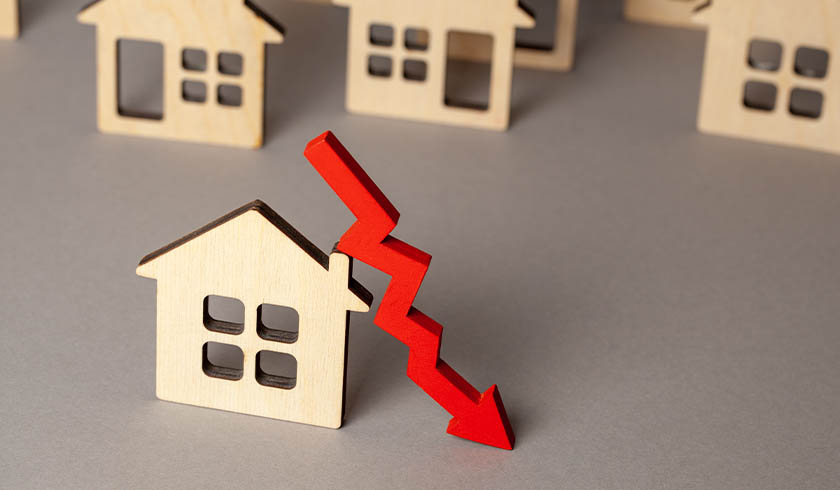