Speculation vs. opportunism – a dangerous difference

The ability to be flexible and reactionary appeals to many would-be investors. They like the idea of identifying an opportunity and seizing it with gusto, certain it will pay handsomely. I agree there are advantages to being quick on your feet when locking down an opportunity, but this sort of transaction should trigger a moment of self-assessment.

When making the choice on whether to purchase, ask yourself, “Am I a speculator or opportunist,” because the differences between the two are dramatic with expensive implications for those tracking the wrong path.

I’ve written previously about different types of investors, but perhaps the two most easily confused by those trying to self-identify are the speculator and the opportunist.

Speculation seems thrilling. It involves reacting quickly to markets and making decisions on the fly because it appears there are fast wins on offer.

But being speculative also means being reactionary without purpose.

In a bear market, speculators make a ‘flight to safety’ because there’s negative rhetoric doing the rounds. Speculators sell fast at the first whiff of a downturn.

Conversely, in a bull market, they purchase without a plan. Speculators say, “everyone else is into it, so I want in too…. sign me up and take my money please!” The problem is when you are following a crowd, the market’s upswing may be perpetuated without the foundational fundamentals of good growth.

So, speculators let the market manipulate them, rather than them applying a studious approach to due diligence.

Tell-tale signs of a speculative investor are greed and speed. They’re looking for a quick win with substantial upside.

One of the primary dangers is that speculators are usually under informed. They don’t really understand the fundamentals of their particular asset class, but are keen to buy regardless.

Speculators also tend to have a high tolerance for risk, but are totally unaware of it! They think they’re fine but in truth, their confidence is being carried along by ignorance.

And speculation has dangers regarding financial loses which can be compounded if a speculator has a few quick wins. They then feel invincible in their decision making – and that’s a recipe for disaster because it gives them licence to borrow more and spend bigger.

Repeat this phrase after me – “The mother of all evil is speculation when leveraging debt.”

If you’d like to see the perfect example of a speculator’s market, open up any major metropolitan newspaper and check out the hundreds of ‘development sites’ being advertised for sale. A speculator spots these and thinks, “Great! I’ll buy one and be a developer!” but in reality, that would be a spectacularly simple way to go broke.

In the end, with speculation, you have to be right far more times than you are wrong to survive. When you make that one wrong bet, the odds can turn against you very quickly and very hard.

Someone who is opportunistic is sticking to a plan, but they have the ability to accelerate their time line if opportunities present themselves.

The only way to be successfully opportunistic is to comprehend liquidity in two ways:

1 – Understand the liquidity of the market and respond to its flow,

2 – Personal financial liquidity. Not just a deposit, but also the ability to secure and service the necessary finance by managing your cash flow and proving to a lender you have appropriately budgeted.

They’re also well-educated on the subject of property or, at the very least, have a good team of professionals supporting them.

In essence, an opportunist has put in place all the important elements so they can quickly execute on an opportunity.

We recently helped a client couple secure an excellent investment as a result of smart opportunism.

They’d been investing for nine years and had a solid portfolio of around 12 holdings that gave them available equity to move quickly. They’d also established financial liquidity and were in a position to qualify for a loan. They had a working knowledge of the investment process and the markets too.

This couple were in a great position to take advantage in June this year – a time when there was rising negative sentiment around the Sydney market, a pending federal election and tough lender landscape, because they had every bit of negativity in the market place covered.

As such, we were able to secure for them a four-bedroom Sydney-region house on 600 square metres for $388,000 because it was an auction sale and others were unable or unwilling to bid.

How do we now know it was a smart purchase? Just last week, the house next door sold at auction for $485,000… and it was a three-bedroom home full of termite damage.

Our client couldn’t have done what he did if he wasn’t an opportunist.

The good news is that speculators can become opportunists with professional guidance and the self-realisation to pivot – which is fortunate because the life of a speculative investor is not sustainable. 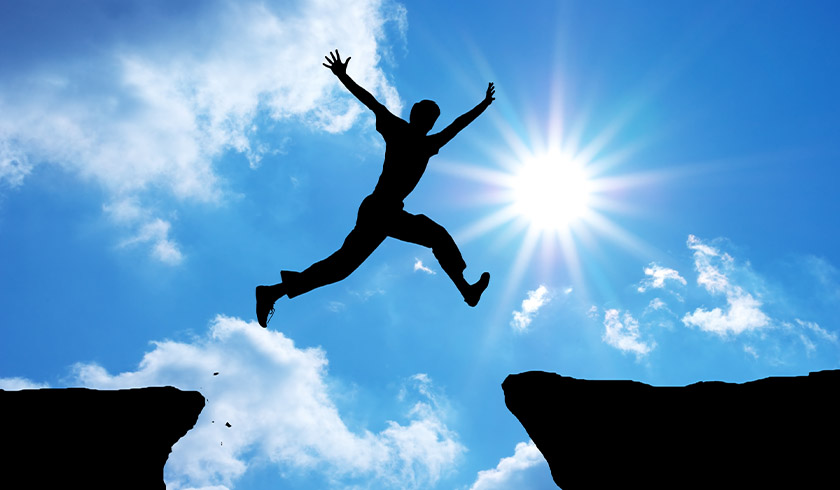