Falling interest rates, relaxed lending standards and a re-election have all accelerated a national upswing in growth in the September quarter, industry experts have said. In its latest House Price Report, Domain reveals the capital cities experiencing growth as well as the potential bargain buys in the future.

According to Domain, the harbour city’s steepest downturn since 1980 is over, with both houses and unit prices jumping in the September quarter.

Not to be outdone by its east coast neighbour, Melbourne has had its second consecutive quarter of growth, also marking the end of the steepest slowdown in decades.

Houses have now regained almost half of the price falls that occurred during the slowdown, with the median house price in Melbourne costing investors $855,428.

Unit prices reached a record high, growing by 3.7 per cent, with the median apartment costing $520,940.

“Houses have now regained almost half of the price falls that occurred during the recent downturn. Prices tumbled 10.7 per cent from the December 2017 record high to the trough reached at the beginning of the year. Prices are now just 5.9 per cent below the peak,” Dr Powell said.

Brisbane was one of only two capital cities to record house price falls over the quarter and year, with unit investors being able to purchase properties at a six-year low.

Unit prices fell by 5.6 per cent over the year, making it the steepest annual drop in just over 18 years. The median unit price in Brisbane is now $375,179.

“Greater Brisbane property prices continued to decline in the September quarter, but the fall in house prices was marginal relative to the ongoing decline for units. Brisbane is now the fourth most affordable unit market of the Australian capital cities,” Dr Powell explains.

After hitting a record high last quarter, Adelaide has fallen slightly in the last quarter. However, the capital city has made modest annual gains since 2013.

“South Australia’s weaker jobs market has weighed on demand: unemployment has been rising for more than a year – the second highest rate behind Queensland. The state’s economic growth has also waned, largely tied to declines in government expenditure,” Dr Powell continues.

The pace of falling has slowed, with median houses falling by 1 per cent and now costing $527,107.

The median price for a unit has increased by 2.8 per cent over the September quarters, costing investors $344,672.

“There are several indicators that point to improved conditions across the housing market, and the WA economy more broadly. New house construction is below the long-run average, and new development has settled to its long-run level,” Dr Powell explained.

Units prices continue to show growth and are now the fourth most expensive in Australia behind Sydney, Melbourne and Canberra, with a median cost of $395,715, up 1.7 per cent.

“Hobart remains the best-performing city for capital growth. Both house and unit prices experienced the strongest annual gain compared to the mainland cities, which had pushed prices to new highs. In fact, Hobart unit prices overtook Brisbane for the first time this year,” Dr Powell said.

Canberra slid for the September quarter, but prices remained strong in the nation’s capital.

Units had a sharper reduction, falling by 4.4 per cent for the quarter, with median prices being $432,252.

“Despite prices falling over the quarter, the median Canberra house and unit prices remain the third highest of the capital city markets,” Dr Powell said.

House and unit prices continue to fall year-on-year in the nations north; however, the rate of decline has eased.

House prices grew for the September quarter by 1 per cent, setting a new median price of $521,651.

Units in the capital fell by 3.3 per cent for the quarter, with the median apartment costing $294,951.

“Population growth continues to drag on the housing market. The decline in migrants from interstate and overseas may have reached a trough at the end of 2018, but economic data remains very subdued. As a result, any upswing in the Darwin property market may still be a while away,” Dr Powell concluded. 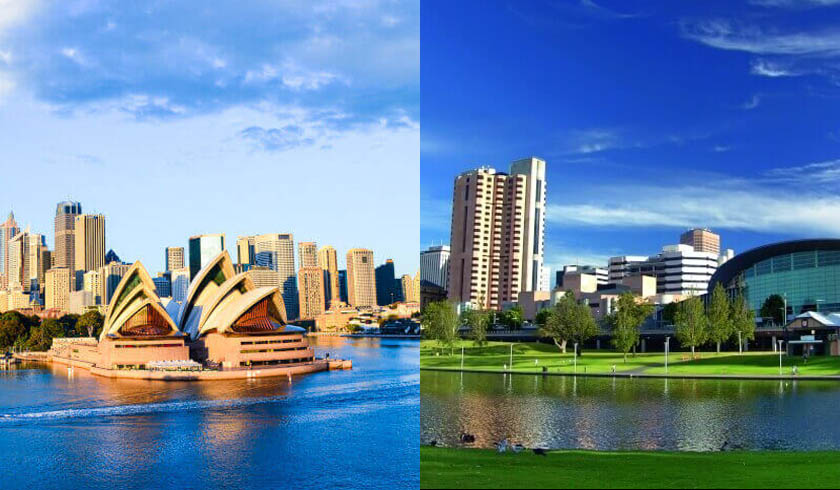