Ever wonder how a property investor can create a 28-property portfolio worth more than $11 million in a span of seven years? Sydney-based investor Scott O’Neill reveals his secrets to Smart Property Investment. Going from one to 28 properties is no easy feat, but setting realistic expectations at the beginning of his journey made it possible for Mr O’Neill to keep moving forward despite coming across different hurdles.

Continuous education and mentorship also helped him grow his portfolio through to almost a decade of investing in real estate.

“It entails a lot of hard work, but expectations are key… You’ve got to think, what’s it going to look like in 10 years,” he said.

“I don’t care about a $1,500 cost here if it’s gonna grow by 300 grand. It’s all about thinking on a macro level, a long term method – that basically takes the sting out of any little bad day-to-day events you will always inevitably have with property,”

After years of hard work, Mr O’Neill found himself earning $300,000 in income each year.

The property investor shares a simple five-point guide that helped him turbocharge his portfolio and ultimately succeed in the business of wealth creation through property:

1. Buy based on the number

Mr O’Neill advised his fellow investors to be wary of “property hotspots” determined by the media or “collective sentimental feeling”.

Instead, property investors must rely on thorough research on the several data that may affect the growth of their assets over the long term – from socioeconomic factors to market predictions based on historical data.

“You really got to write the numbers down and that may involve trying to find out where the population’s growing the fastest, where it’s a suburb next to another suburb worth $100,000 more, or vacancy rates are tighter than the other areas so the rents are going to grow a little bit quicker,” he said.

“You can start to analyse the numbers to get a better result out of your investing.”

Buyer’s agents, in particular, has helped him land off-market deals that allowed him to grow his portfolio without overcapitalising.

“The only way to get a good off-market deal is to have an agent send you the property first before it goes online. Over half my portfolio was bought before it’s been listed online and, in some cases, I’ve got deals that would've been snapped up by 50 other investors if it was on realestate.com or Domain,” the investor shared.

3. Cash flow is king – just like in any other business

Like many successful investors, Mr O’Neill believes that cash flow is the key to moving forward in property investment and it should, therefore, remain as a top priority for those who seek to create wealth through real estate.

However, investors must be careful not to do away with chasing capital growth altogether.

“I still like to keep a minimum 6 per cent yield. It’s not easy, you’ve got to look long and hard for it… Without cash flow, you’re never going to retire anyway. I don’t know why people put cash flow so far in the back in their priorities because these properties still will grow in value,” according to him.

“It’s like we’re not going to be buying in the middle of nowhere… It just might mean you need a house or a granny flat or something with multiple incomes or (you need to be) buying it below its market value. Things like that can keep the cash flow up.”

Similar to investing in media-hyped “property hotspots”, following the crowd when it comes to property investment may do more harm than good.

In most cases, whether there’s good news or bad news relayed by the media or people from last Sunday’s barbecue, it could be better for property investors to go against the current, according to Mr O’Neill.

For instance, he said, in 2010, while most people are reluctant to continue investing due to it being considered as one of the worst times in the recent history of Australian property markets, Mr O’Neill decided to start his property investment journey.

“It dropped the Sydney market, it actually didn't really pick up until 2012. The market was very soft and everybody was saying don't buy, don't buy, it's gonna drop 30-40 per cent on the spot, and I was terrified because it was my first time,” he said.

Despite the fear, he refused to procrastinate and decided to jump in, follow his guts and trust the numbers.

“But I just basically found a property that gave me a good enough cash flow so I wasn’t relying solely on growth and it allowed me to get one of the best buys of my life because there was no one else buying at the time. There were many good deals around,” Mr O’Neill added.

5. Be careful with property advice

Throughout their wealth-creation journey, investors will come across many people who would want to tell them what they think is the best way to go, but as they go on to become more sophisticated and learned, they will be able to tune out noise and just take in all the good advice from the best people, according to Mr O’Neill.

“Everyone’s got an opinion on property because everyone lives in it. Everyone may have spent 30 years paying a mortgage, but it doesn’t necessarily mean they’re someone to listen to with investing because markets change. They might be stuck in an old school patent that worked 20 years ago, which won’t work the next 20 years,” he concluded.

“Never take advice from those that are not in a position that you want to be in. 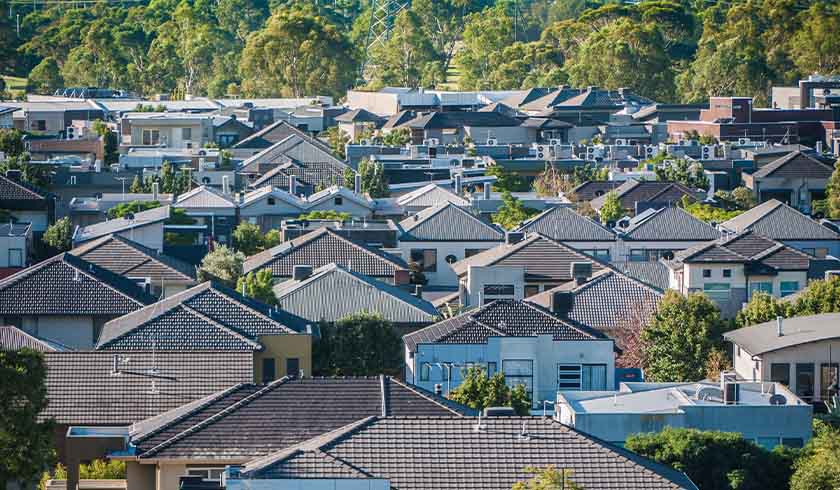