How dodgy ‘for sale’ advertising could cost you dollars

Anyone who follows our company’s social media account will already be aware we’ve got a bone to pick with a couple of real estate agents. We’ve spotted a number of photographic misrepresentations in property listings that need to be urgently addressed.

I realise the job of a selling agent is to present their client’s home in the best possible light but, in reality, these little flexibilities with the truth highlight one very important principal.

And it’s linked to the old army saying, “If there’s a difference between the ground and the map, the map is wrong.”

In other words, you can do all the remote research you like, but nothing beats a physical inspection.

Let me share just some of the extraordinary photographic falsehoods I’ve spotted recently.

Some seem innocent enough – such as the azure-blue rendering of the Brisbane River in a unit listing. While I admire their optimism, anyone who’s visited the River City knows its namesake waterway is coloured more like the Birdsville Track. I grant you, this may not be the most serious online offence, but it was such an obvious Photoshop fail, I couldn’t pass it by.

Next up is the virtual staging that sees vacant homes filled with designer furniture. ‘What’s the harm?’ you might ask. Well, not much except this pretend staging often includes flooding rooms with ‘natural sunlight’ when in reality they’re dank and claustrophobic. I’ve also seen clever lenses that make spaces look larger.

Again, I don’t begrudge these attempts to dress up the listing, but please, at least, make the reader aware your fudging the photos, otherwise we’ll be asking, ‘What else is fake about this advert?’

In fact, I saw a property listed the other day that I know has an extremely steep sloping block, but the photos had been enhanced to the point where it looked level – so the ‘potential to build a granny flat’ should also include a 25 per cent building-cost premium for retaining works.

Perhaps one of the more serious I’ve heard about was a ‘splitter block’ opportunity – also in Brisbane. The overhead shot showed the possible boundaries for creating a hatchet-style subdivision – subject to Council approval of course.

What had been conveniently removed from the picture digitally was a bus shelter – positioned smack-bang where a future long driveway would supposedly allow access to the rear allotment. Anyone bidding at the auction ‘site unseen’ and with no local representative would have bought themselves a severe small-development headache.

Other image edits that have caused me concern include the removal of high-tension power lines, the rubbing out of undesirable neighbouring uses, the convenient disappearance of mobile phone towers and – the pièce de résistance – the total covering up of an imposing commercial-size water tower directly behind a home. That monolithic structure was simply replaced with blue sky!

These are just the sorts of things valuers would highlight as enhanced risks to a lender looking at a property for loan security.

Technology is really your first step in the due diligence process. It’s an exciting and useful tool to have in the utility belt. You can use things like Google Street View, smart maps and local authority plans to help short list the options. But what these diagrams don’t show 100 per cent correctly all of the time are things that will influence the value, lending potential and the rentability of the property.

So, don’t be a fool and fail to visit your prospect in person. Better yet, have a qualified, experienced, independent representative go and walk the yard, home, street and suburb on your behalf.

Because nothing can replace the authenticity of a physical inspection. It is the most accurate approach to filtering opportunities. Listen Now
How dodgy ‘for sale’ advertising could cost you dollars 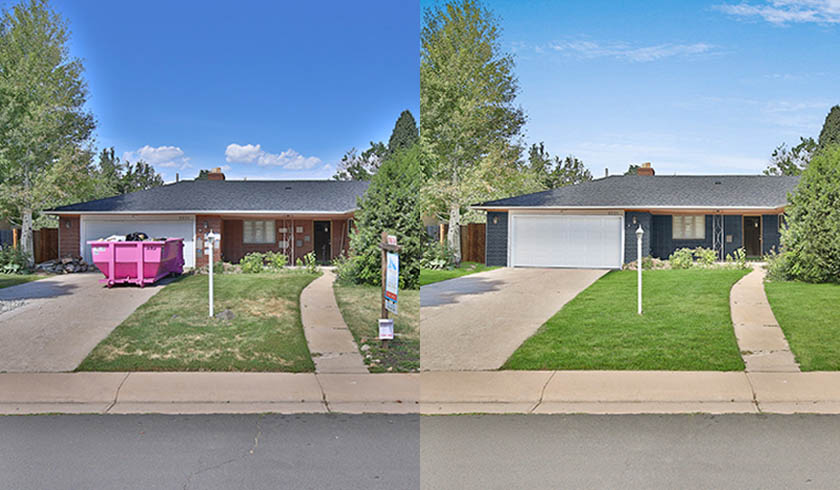