Devastation has grappled Australia with bushfires raging, leaving a trail of destruction. However, in the darkness, several agencies have come together to help support those in need. Nearly 11 million hectares of land has been scorched as fires burn in almost every state and territory.

With more than 270 fires blazing, 2,200 homes have been burnt to the ground, leaving families with the little they were able to salvage before they evacuated their community.

Wildlife has also been devastated by the bushfires. It has been estimated that about 1.25 billion animals have been killed across Australia.

Many people have been left helpless, especially those who have lost loved ones in the inferno.

The heartache has encouraged 27 real estate agencies and bodies to band together, and collectively support charities who will make a difference as the extent of the damage is realised.

Led by Ray White, the initiative, called Beyond the Bricks, will see the agencies not only help those in need during the crisis, but be there for the communities as they heal.

The initiative will split into three phases.

The first is to provide immediate relief and support to those in need.

This will see money being donated to those who need it, and local real estate offices will be encouraged to organise any accommodation for those affected.

Through the agencies’ experts, they will also offer free property advice on matters, such as tenancies, insurance and finance.

The second phase will focus on the rebuild of family homes and individual lives.

And the last phase will be to help restore affected communities by encouraging ongoing support, such as promoting tourism and providing support for local communities and businesses.

Currently, the 27 groups have collectively donated $900,000, which the bulk of it will be split between four preferred charities, which are: St Vincent de Paul (Vinnies), The Salvation Army, Australian Red Cross and WWF.

Ray White’s Lisa Pennell told Real Estate Business that it is vital that they work with Vinnies during the rebuild phase, because they will be able to get a list of what people need.

“Vinnies has 630 locations across Australia which are run by locals. They will know what we need to collect and how to get it to the people who need it,” she said.

Belle Property is one of the agencies involved in the campaign, and its head of advisory Andrew Robinson said it has been devastating to watch the destruction caused over what is traditionally a happy time of the year.

“We are in the business to be part of people’s communities, and to be able to give back is crucial,” he said.

Mr Robinson believes the charities the initiative supported will be vital for these communities as they put food in people’s mouths and clothes on their backs.

Although real estate is a competitive industry, the fact that the industry can come together and show support as a collective is incredibly powerful, Mr Robinson said.

“It is the Australian way; when the going gets tough, everyone comes together, and that is how we are as a nation.”

LJ Hooker has also pledged to the relief efforts, and the agency’s Graeme Hyde said this effort from the industry emphasises community connection in the real estate industry.

“We must remember what they’re going through, including the emotional and psychological toll, in the next three, six, 12 months,” Mr Hyde said.

“The industry’s major brands have contributed funding to launch this united relief effort, so it is now incumbent on all real estate agents, and agencies, to make personal donations, launch local fundraising efforts and show Australians that we are standing with them, shoulder to shoulder at this incredibly difficult time,” Mr Forrest said. 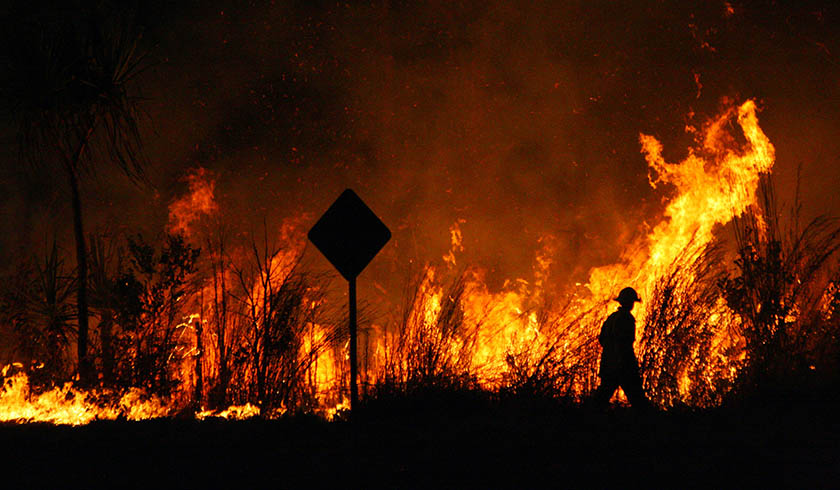