The commercial property market as we know it is suffering. The confidence of many tenants and office occupiers are becoming weakened by uncertainty, and it’s disrupting our aptitude to function within the once traditional process, writes Spacenow’s Daniel Gunning. There’s no doubt that COVID-19 left a scathing mark on numerous industries in Australia. It suddenly forced us to shift our sights from the norm and rethink what we once knew to work. This has been prevalent in the office property market.

Beyond just shaking market confidence, the pandemic has instigated and accelerated a deeper shift that is likely to impact commercial property for the decade to come: remote working.

COVID-19 has forced many companies, even the ones that were reluctant to implement working-from-home policies, to switch to fully remote and distributed workforce models.

While this could have just been a short-term solution to the pandemic peaks, we’ve seen a number of small and large organisations, including Atlassian, Google, Facebook, Airbnb, Microsoft, Optus and more, announcing an extension of those remote-working policies until the end of 2021, and in some cases permanently.

Many Australians have enjoyed being able to work from home and want to continue benefiting from a better balance of their work and personal lives, as well as save sometimes hour-long commutes every day. Working from home permanently won’t be sustainable in the long term – mostly due to the growing isolation and mental health issues being reported as well as often inappropriate workspaces set-ups, but work is likely to remain close to people’s homes.

With more people working from home or looking for working spaces closer to homes to avoid commute times, traffic and crowded areas, it’s no surprise that, for example, the volume of Sydney CBD office vacancy rates increased from 3.9 per cent to 5.6 per cent from January 2020 to July 2020. The actual occupancy rate of people in offices being at approximately 10-15 per cent, this is also greatly affecting the ancillary economy within CBDs.

Goldman Sachs expects vacancy to peak at 13 per cent by the end of 2022, while Melbourne CBD will hit a close 13 per cent in 2021. Such figures are expected as companies decentralise and diversify footprint.

We’re already seeing the impact of this, with satellite offices being created closer to people’s homes. Or with workers looking to alternate working from home and working from a more traditional office set-up, but in their neighbourhoods. Overall, the trend we’re seeing is that work has become something people do rather than a place people go to, and so work is moving closer to people’s homes.

Ultimately, this means CBD commercial rents are under pressure and many property owners need to readjust and rethink how they are going to attract tenants going forward.

But for commercial property owners that want to take advantage of the current situation and future-proof their business, there is a wealth of opportunities out there! It simply requires the ability and willingness to shift from traditional set-and-forget leasing models.

The fact of the matter is: there are ASX 200 company buildings standing unoccupied in CBD areas that have never been quieter. This has ignited discussion among companies that are questioning how much space they really need. As their leases mature, businesses are reevaluating what will be more cost-effective for them, especially with the adoption of flexible workspace becoming popular.

Ultimately, corporate occupiers with falling gross revenues are looking to reduce their company footprint to save money or reinvest money where it can truly add value to the business and help support growth. As a consequence, many realise that they shouldn’t pay for expensive and binding long-term leases for space they don’t fully occupy all year long.

In Sydney and Melbourne CBDs, the amount of available sublease stock has surpassed what was available during the GFC and is now approaching the historic highs of the 1990s recession. This is the opposite of what we were seeing before the pandemic, where various companies were leasing more space than necessary to allow for growth.

Expert advice from Colliers International communicated that leveraging a flexible workspace provider as part of future accommodation strategies is extremely ideal if a tenant wants breathing room. We’re talking about being able to flex up or flex down in the face of changing market conditions.

These on-demand, flexible workspaces also provide bookable meeting spaces amongst other expansion opportunities. With all your amenities included, it’s a viable option wherein tenants can reduce their fixed costs and be recovery ready.

A new normal is here. Just like the new hybrid and flexible way of on-demand and remote work has begun to flourish, it’s necessary for the commercial property market to adapt and be able to thrive in the same way.

If willing to be in harmony with change, it presents an abundance of opportunities for landlords and tenants alike. 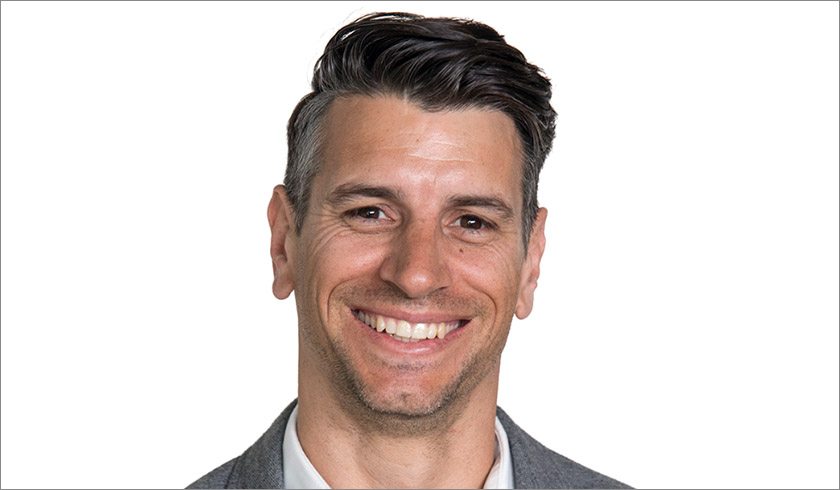