During an investment lifetime, there will be certain periods requiring laser-focused attention. Foundational years where those who grasp the opportunities profit handsomely, while anyone who missteps will pay dearly for their errors.

For every modern-day Aussie investor, I believe the next two years will rank among their most important, and here’s why.

A matter of interest

As we enter 2020, indications are we’re tracking towards a period of even lower interest rates.

While many might applaud the flow-on boost to their monthly cash flow due to the lower cost of borrowing, I think it signals either a threat or an opportunity depending on your strategy and mindset.

On the whole, we’ve grown comfortable with low interest rates, which is understandable.

The last time we saw an interest rate “peak” was in June 2008 at 7.25 per cent. Since then, the trend has been steadily downward.

In fact, anyone under the age of 21 will think the idea of double-digit rates is absurd. A fairy tale designed to scare first-time investors away from overleveraging.

I admit, there are reasons for our current prolonged period of low rates – but those reasons won’t exist forever.

Now, I’m not envisaging a huge spike in the near future. In fact, picking rate movement is a bit like weather forecasting. You have a reasonable idea of what’s about to happen, but no one can say with absolute certainly.

But I’m certain sub 3 per cent interest rates won’t be there for the next 20 years, and I’m pretty sure they won’t even stay this low throughout the 2020s.

And history tells us that when interest rates do turn, they shift quickly in response to things such as consumer confidence, broader economic strength, potential regulation, international trade deals etc.

Let’s just say we know interest rates are certain to rise, but we don’t know when. That’s why what you choose to do in the next two years will be vital for your financial survival.

First and foremost, now is the time to be paying attention to your cash flow management.

For many, cash flow isn’t a problem at present, so it’s easy to ignore, but inaction is dangerous.

There are two paths you can potentially travel in this low-interest environment.

The first is an easy one that will lead to a cliff-face drop.

Low interest rates mean you are in about the strongest cash flow position you can imagine in terms of loan serving.

How easy would it be to sit back and think about fun things to do with that extra money?

Buy or lease a new car, or use a credit card to pay for a holiday – basically, allowing elements that don’t boost your wealth position to simply soak up the extra cash flow.

But unproductive debt is bad debt, and all the “rewards” you grant yourself now are going to hurt you in five to 10 years, compounded by rising interest rates.

The second path takes some effort but reaps great rewards over time.

This is where you get militantly involved in your cash flow management, both in terms of your household budget and your property portfolio, because the only thing you can do with certainty is prepare for rising interest rates when they eventually occur.

Perhaps you buy your principal place of residence and pay it down quickly. Perhaps you swap from interest-only to P&I and take advantage of the low rate.

Maybe you grow your portfolio because you have access to cash and there are opportunities to pounce upon.

Whatever you choose, it must be strategic and long term.

Let me add one small caveat. I don’t believe we all need to be so frugal that life becomes a drag. I’m just saying we can’t afford to rely on the way low interest rates boost our personal bottom line because they won’t always be this low.

Don’t decay your financial future by growing accustomed to the sweet rush of low rates.

The next two years are an opportunity to get things either very right or very wrong, and the key is mindset.

The one thing I’m certain of is that you need to get active and make plans. Because to simply do nothing will be your biggest future regret. 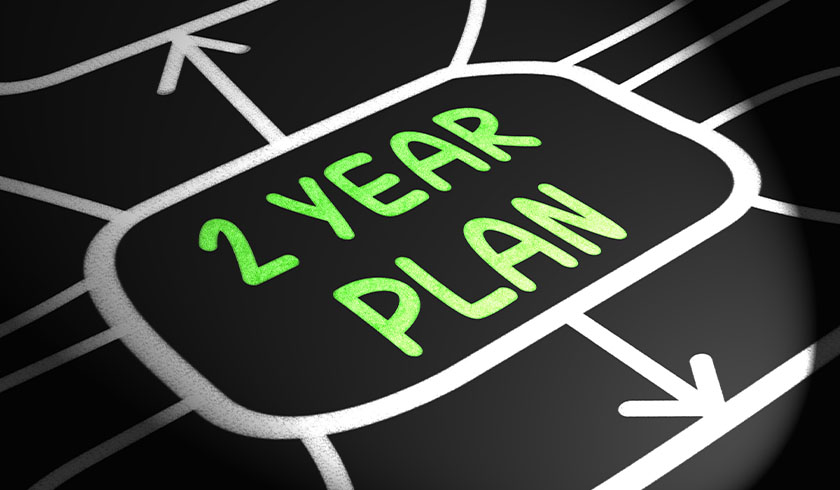