Now a seasoned property investor, who quit his day job on the back of rapid success, Sanjeev Sah’s journey began in 2009 with a purchase in India that sparked his love for property. In just over a decade, Sanjeev Sah has built a solid passive income, one that has allowed him bid farewell to his fruitful job in IT and dedicate his time to helping others achieve their property investment dreams.

It all started with his first property purchase in his home country India in 2009, and an impending move to Australia, where he would go on to establish himself not only as serious property investor, but a successful business owner.

“I got married in 2009, and in 2010 my wife joined me in Australia. She got a job, too, so life was going well. I was already living a dream life in Australia, but in 2011, we decided to purchase another investment property in India,” Mr Sah told Smart Property Investment.

At the time, Mr Sah had no intention of purchasing a property in Australia. He admits to having been a little intimidated by Sydney’s hefty price tags. However, things shifted in 2013, following a visit from the parents.

“My parents encouraged us to settle permanently in Australia, so I started thinking that I should start buying property in Australia. I thought if I could see the success I saw in India, it would be amazing,” Mr Sah said.

He didn’t need too much convincing, and by the end of 2015, Mr Sah had two properties under his belt.

“I bought my first property in 2014, which was a house-and-land package. In 2015, I bought a unit in Sydney in a really good market. So, what happened is the price increased rapidly, and I realised that property was the way to go,” Mr Sah said.

Following that realisation, he thrust himself into investment education.

But Mr Sah wasn’t only lured to property by the promise of money. In fact, it was the arrival of his daughter that drove him to start thinking about the future of his family.

“I wanted to have my own time. I started realising that I’m getting tired of my job, and I always had a fear that as my parents are growing old, I wouldn’t be able to give them my time given my job in IT. So, I needed that passive income,” Mr Sah recounted.

He approached his investment education aggressively, attending seminars and investing big money in bettering his knowledge for the ultimate betterment of his family.

“I set that goal, I went hard and invested a lot in self-education,” Mr Sah said.

In 2019, he got the opportunity to quit his day job, one year ahead of his initial plan.

“This gave me the opportunity to quit my high-pressure job to become a full-time investor and start my own company.”

Mr Sah now has close to $1 million in equity.

His advice to new investors is to “invest in your education” before investing in property and “trust the process”.

“What I’ve learned is that goal setting is very important. Getting attached to the goal removed all the fear.

“I had a really strong ‘why’. I wanted to get out of my job and spend more time with my daughter. All other options were unacceptable,” Mr Sah said.

He also suggested to newcomers to look outside of the big cities and aim for properties with lower price tags.

“If you don’t have a lot of money, why not start small? Start small, but think big.

“You can literally start on $300,000, and it helps your mindset when you see good positive cash flow and that pushes you to grow further,” Mr Sah concluded. 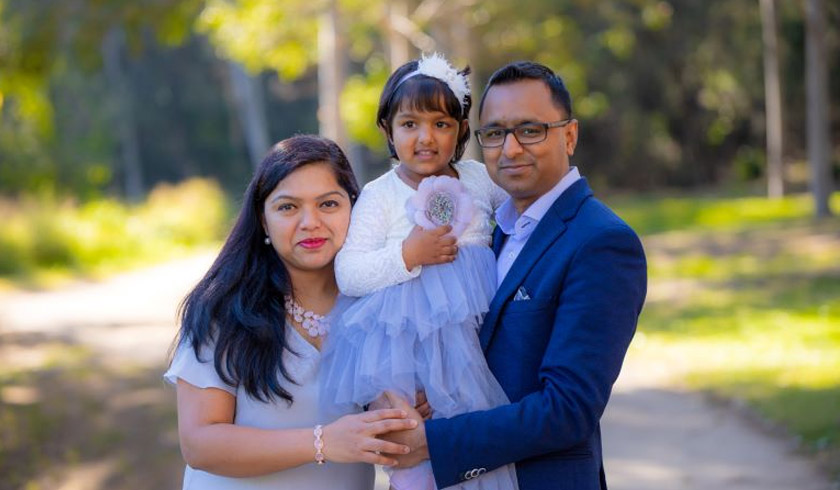