The Perth industrial market has bucked the trend of economic decline during the COVID-19 period, building on the market’s revival that started in 2019. While 2020 was marked by the negative economic impacts of the pandemic globally, the PerthPerth, TAS Perth, WA economy remained resilient, particularly supported by the strength of its industrial market, according to the Ray White Commercial’s latest Between the Lines report.

Ray White Commercial head of research Vanessa Rader said the Perth industrial market continued to witness growth in demand over the past six months, along with declining vacancies and elevated rental rates.

“Encouragingly, with the improved sentiment surrounding the industrial market and Perth in general, investor interest for fully tenanted properties with a minimum five-year lease remains robust for both local, interstate and international investors seeking a secure source of income,” she said.

In fact, in 2020, the Perth metropolitan area recorded $828.69 million in industrial property transactions. While other regions saw volumes drop by up to 45 per cent during the COVID-19 period, Perth’s results were up 10.70 per cent on an annual basis.

“This tied in with favourable lending conditions, and large amounts of government stimulus have turbocharged the WA industrial property market, with owner-occupiers for vacant property outbidding what investors or developers are willing to pay.

“From an investor perspective, low interest rates and the desire for secure long-term income as an alternative to low-yielding investment options such as bonds have been a driving force in leased investment sales,” Mr Matthews said.

While the demand for income-producing commercial property was not unique in Perth, with the East Coast markets experiencing similar demand, the lack of stock in the WA capital has attracted interstate buyers eager to take advantage of lower volumes.

In March 2021, there were only 683 vacant listings across the Perth industrial market, down 47.10 per cent compared with figures recorded last year.

East Perth saw the biggest fall in listings at 25 per cent, followed by South Perth at 14.8 per cent and the city’s north region at 9.17 per cent.

Ultimately, the influx of buyers drawn to Perth’s strong local economy and the market’s attractive yields have put pressure on rental rates, according to Mr Matthews.

“Prime industrial yields are currently in the 6 to 7 per cent range, with smaller assets achieving rates below this level. This still offers value when considering the current cost of money and compared to yields achieved in other major cities,” the director continued.

Looking ahead, Mr Matthews expects buyers to “move up the risk curve” as stock levels remain low, thus putting further pressure on both prime and secondary rates during 2021.

Ms Rader agreed, highlighting the rebound witnessed during the pandemic as a testament to the strength of the WA economy.

“Strong border control [ensured] businesses continued to operate and prosper while other states lag behind. As such, the focus for many investors has fallen on Perth as a sound investment option growing turnover levels and pressuring investment yields.

“2021 will be a year to watch as rent relief ends for many tenancies and what if any impacts this has on occupancy levels and the vibrancy we have been witnessing to date,” she concluded. 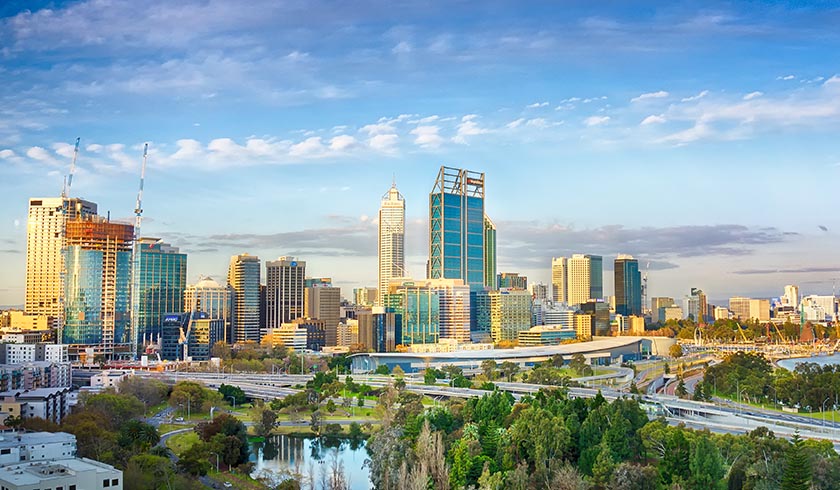 Last Updated: 08 April 2021 Published: 08 April 2021
share the article
This couple is living proof that emotional investing can be very profitable
How an emotion-driven buy helped this couple kickstart their property journey