While property investors are commonly encouraged to suppress their emotions and approach a purchase objectively, for this couple the reverse has proven very fruitful. Jamie Pike and his partner Taleah Derrick purchased their first investment property in 2017 in their hometown, Cairns.

Speaking on a recent episode of The Smart Property Investment Show, the pair admitted that their first purchase was very much an emotion-driven decision, but one that has proven very gainful.

“We're from Mission Beach, which is about two hours south of Cairns. But Cairns is like the sort of biggest city in the area, besides Townsville. So, we bought just a little villa. It was about $190,000. So, it was pretty affordable. And with that one there, it’s got very, very good rental yield,” Taleah explained.

And although the pair didn’t really know what they were doing at the time, luck was certainly on their side.

“We didn’t really understand the importance of buying near a capital city and really doing area research. This was our first time. We were very, very beginners.

“We actually did get pretty lucky, though, in where we bought. So, we bought a villa that has its own patch of land. It’s not in a unit block or anything. There wasn’t really any oversupply of units in the area, luckily. So, our first purchase was very lucky,” Taleah explained.

It was after this first purchase that the couple hit the books, learning everything from managing their cash flow to running a property.

After a couple of years, the pair hit the market again, utilising their first purchase to help them snap up three properties in 2020.

“All three of those had a lot more researching. It came more from an investment perspective rather than a newbie, emotional perspective,” Tahlia said.

“The second one is actually in Cairns as well. In a really nice sort of area of Cairns, though. And the next two are in Brisbane, so one on the north side and one on the south side of Brisbane.”

The couple haven’t utilised the services of a buyer’s agent for any of their four purchases, instead they chose to do all of the research themselves.

When looking for a property, the couple’s first stop is realestate.com.au.

“I just have a look and I save the properties that I like. I go through and I see what sort of similar properties have sold for. I check the vacancy rates. We’ve also signed up and paid for a few little engines that tell you about the area and the vacancy rates,” Tahlia added.

With four homes securely under their belt, the couple is currently on the market for their fifth buy.

“We’ve got three options we’re looking at. Option one, we’re really looking hard into the northern side of the CBD in PerthPerth, TAS Perth, WA. In that northern quadrant up there, there’s some good little pockets that we’re just researching, having a bit more look into. We want to try and diversify the portfolio now across different states. And that’s to just get that diversification,” Jamie explained.

Their ultimate goal is to “get double digits”.

“So, Tahlia loves her work, really does. And she’s really good at her job. So, she wants to go hard for a while yet. But me, on the other hand, I would like to be retired by 40. By then, we’ll have a family hopefully,” Jamie added.

Their number one tip for new market entrants is “get used to the debt”.

“If they want to get into the property investing, then get comfortable with having large amounts of debt.

“And just have a good team around you, you know? Have a good broker. And yeah, have some sort of inspirational people who can sort of guide you as well. And yeah, I guess, really get stuck into it yesterday,” Jamie concluded. 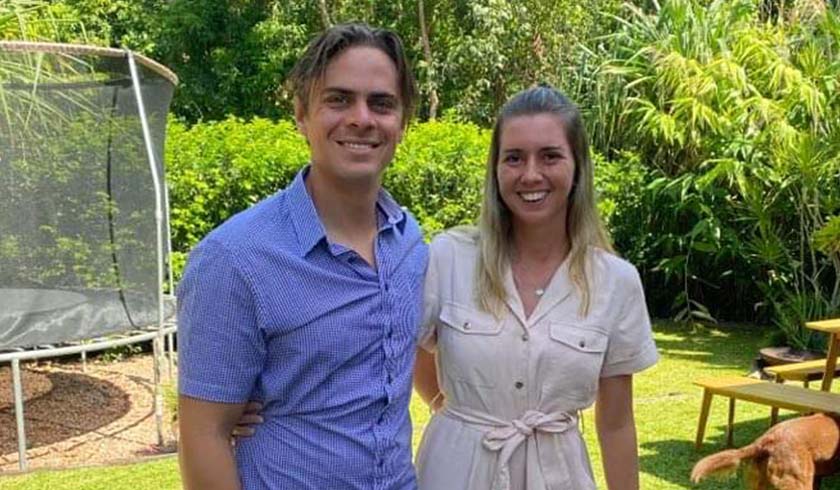