Myth busted: Why population growth does not equal price growth

Population growth in an area does not mean you’re looking at a certified gold mine when it comes to property investing, according to two experts. On the latest episode of The Property Nerds podcast, self-proclaimed data nerds Arjun Paliwal and Leigh Paliwal added another title to their resumés: being myth busters.

Throughout the episode, the duo discussed a number of property and finance “myths” that they think should be put to rest, with Mr Paliwal zeroing in on what he said is one of the biggest property investing myths: that population growth equals price growth.

Ms Paliwal said that it’s “an easy assumption” to make. “If there’s more people adding [into the area] each year and things like that, you think, oh, well, everything else is growing with that,” she said.

However, Mr Paliwal cautioned that people should take a closer look at the data before making this presumption.

Referring to data from the Australian Bureau of Statistics, he pointed out that while greater Melbourne led population growth from 2012 to 2020, it did not translate to the city ranking first in terms of capital growth.

“The greater Melbourne area achieved [a] 20.9 per cent population growth during that time as per ABS. Now, interestingly enough, it did not finish first when it comes to capital growth from 2012 to 2020 during that same time period, it actually came in second.”

Even Brisbane, which came in second for population growth, did not bag the first place.

“Population growth was 16.6 per cent in the greater Brisbane statistical area. And they did not come second on their growth charts either.”

Sydney, which saw a whopping 66.1 per cent capital growth over the eight-year period, unsurprisingly nabbed the top spot.

Mr Paliwal then called attention to how areas with smaller population performed during the same period.

“What’s also interesting is we had some very, very low population growth areas, greater Hobart at 9.7 per cent during that time between 2012 to 2020. And this is using the high to low matrix.”

“During that time period, capital growth was a whopping 50 per cent. Now, that puts it in at third place for capital growth during the same application performance monitoring (APM) measuring period, but actually puts it in second to last place with regards to population growth.”

He said that given this data set, the correlation between population growth and house price growth is  “definitely not clear”.

“If it was, we’d see a perfect ranking of our first eight, and that’s just not the case,” he said.

Darwin offered up another example of the myth not being applicable to real life: “Greater Darwin achieved 10.6 per cent population growth during that time period, outperformed Adelaide and Hobart for population growth, yet it moved backwards and its price growth during that time period, whereas Adelaide and Hobart outperformed,”

Overall, he described it as “a bit of a messy picture”. The data, he said, demonstrated that population growth is actually more an indicator of existing higher supply rather than incoming higher demand.

To put things in perspective, Mr Paliwal gave the example of Hope Island’s case. From 2012 to 2016, the Gold Coast region saw hundreds of freestanding houses being built and sold. Because of this, Hope Island saw a population growth of 8,000 up to close to 12,000, a 30 per cent increase.

He said that while it was commonly presumed that the population growth would result in capital growth increasing proportionately, it wasn’t the case.

Where did the problem lie? Researchers used sales volume as an isolated indicator of demand, Mr Paliwal outlined.

“Sales volume rising seems to show that demand is rising, more people are buying, but in this case it was rising in isolation with supply that came along with it.”

Mr Paliwal clarified that market commentators should have focused on how listing volumes fell relative to supply. “So, in fact, it was actually just more supply that was selling more, not listings falling as volumes increased, which was faster buying across lower stock. That’s the volumes that you want to see increase,” he said.

To give even more insight, Mr Paliwal cited another suburb in the same market and time period. Highland Park, a suburb in the Gold Coast area, saw population growth of only 0.2 per cent from 2012 to 2016.

Despite population growth being almost non-existent, prices in the suburb still increased by 27 per cent from $367,500 up to $465,000 during that five-year period. And he said that while the figures are not “boom numbers”, it was significantly better than how Hope Island had performed.

Now we’ve seen both sides of the same coin, what does all the data boil down to? Mr Paliwal advised people against looking at population growth as a stand-alone indicator of demand.

“It isn’t as important as many people think it is. It’s a metric in isolation, and it does not translate to capital growth in isolation,” he said.

Rather, the expert recommended using several other indicators to have a more informed decision when investing in property.

Listen to the full conversation with Arjun Paliwal and Leigh Paliwal here. For more than two decades, Trevor Fuller has been dabbling in the property space. ... With a raft of market shake-ups on the horizon – including rate hikes, rising inflation, and changing market fundament... 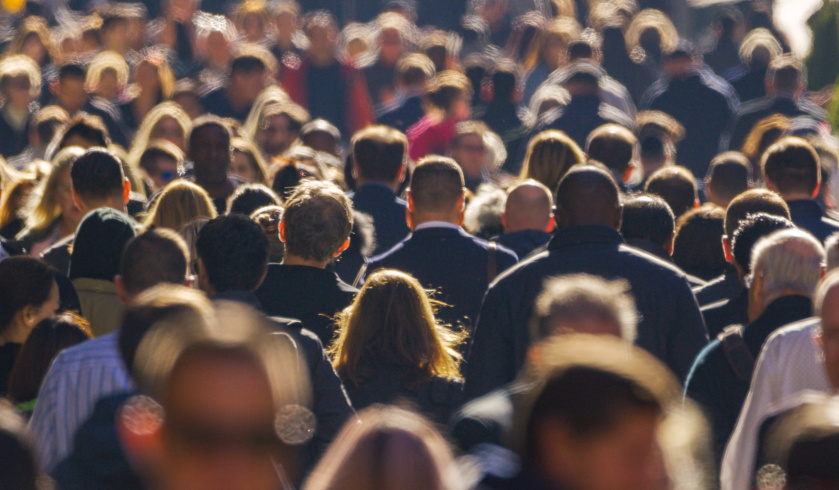 How this former nurse made property her full-time gig The rationale behind a 50-basis point rate hike Plan, organise, control — the trinity of a good investor