Here are ten Melbourne suburbs which we believe have the potential to give investors good returns in the coming years.

Everyone wants to buy in a “hot spot” area that becomes trendy and popular in the near future and allows investors to take advantage of some good capital growth over a shorter time period.

Reservoir
Reservoir is located 12 kilometres north of the CBD. Bounded by the Merri Creek in the west, and the Darebin Creek in the east, Reservoir is a mixed-use suburb in Melbourne's north. The suburb has significant industrial areas in the west and a commercial focus around the railway stations and along BroadwayBroadway, NSW Broadway, NSW. Reservoir is well represented by the Italian population and also features the Reservoir Private Hospital and Edwardes Lake Park.

Frankston
Frankston is located 41 kilometres south of the CBD. Frankston is the major commercial, retail, educational and transport centre in Melbourne's outer south, servicing a large hinterland including the MorningtonMornington, VIC Mornington, QLD Mornington, TAS Peninsula. The major commercial area is located between Nepean Highway and the railway station, although Karingal Hub Shopping Centre is located in the east of the suburb. Frankston also features Monash University Peninsula Campus, the Peninsula Institute of TAFE and Frankston Hospital as well as a number of golf courses.

Footscray
Footscray is located six kilometres west of the CBD. Located in the inner west of Melbourne, Footscray is a multicultural community with a significant Vietnamese population. The suburb has a combination of residential, industrial and commercial land, with retail activity centred on Barkly Street and industrial activity in the east and north. Footscray also features the Whitten Oval, the Victorian University of Technology, a major rail junction for the St Albans and Werribee Railway lines, the Western Hospital – Footscray Campus and Footscray Park.

Preston
Preston is located nine kilometres north-east of the CBD. Bounded by the Merri Creek in the west, and the Darebin Creek in the east, Preston is a mixed use suburb in Melbourne's north. The suburb features a significant commercial district along High Street, while the eastern regions feature a significant amount of light industry. It is also a multicultural suburb, with large Greek and Italian communities. Preston also features Northland Shopping Centre and the Northern Melbourne Institute of TAFE – Preston Campus.

SunshineSunshine, NSW Sunshine, VIC
Sunshine is located 12 kilometres west of the CBD. Sunshine is the major commercial, industrial and transport centre for the middle and outer western suburbs of Melbourne. It is a highly multicultural suburb, comprising a significant Vietnamese community. Although there has been a decrease in manufacturing employment since the early 1980s, it still provides a quarter of all jobs for Sunshine's workforce. Sunshine is the railway junction for the Ballarat and St Albans railway lines and features the Footscray TAFE – Sunshine Campus and the Sunshine Centre Plaza.

Kingsville
Kingsville is located eight kilometres west of the CBD. Kingsville is a small residential area located in Melbourne's western suburbs. It is multiculturally diverse, well represented by people from the countries of the former Yugoslavia and Vietnam. Kingsville's labour force is concentrated in the manufacturing sector, providing a significant labour base to adjacent industrial suburbs. The suburb also features commercial areas along its boundaries.

Thornbury
Thornbury is located seven kilometres north-east of the CBD. Located between the Merri Creek in the west and the Darebin Creek in the east, Thornbury is residential suburb, with significant areas of commercial activity, especially along High Street. It is a multicultural community, with the Italian, Greek and Chinese communities being well represented. Thornbury also features many areas of open space, including the Hayes, Mayer, Penders and John Cain Memorial Parks and the Sir DouglasDouglas, QLD Douglas, QLD Nicholls Reserve.

Brunswick West
Brunswick West is located six kilometres north of the CBD. Bounded by the Moonee Ponds Creek in the west and Moreland Rd in the north, Brunswick West is a primarily residential suburb. The suburb is densely populated, featuring a young population, most notably 25–34 year olds. Brunswick West also features a number of reserves and recreational areas, such as the Dunstan, the Denzil Don, Hudson, Shiels and Wylie Reserves.

Glenhuntly
Glenhuntly is located 12 km south-east of the CBD. Bounded by Neernim Rd in the south and GrangeGrange, QLD Grange, SA Rd in the west, it is a small, primarily residential suburb in Melbourne's south-east. The suburb's retail activity is concentrated around the railway station. Glenhuntly also features parkland including Garden Avenue Reserve. The suburb's population includes a large number of renters and small households.

Mornington
Mornington is located 47 km south of the CBD. Mornington is one of the larger commercial centres on the Mornington Peninsula to Melbourne's south. This bayside suburb is traditionally a popular retirement area and has a number of aged care facilities. Mornington also has a large number of families living in the area, especially in the new residential subdivisions on the eastern side of the Nepean Hwy. The suburb features the
Mornington Racecourse and the Mornington Country Golf Club. 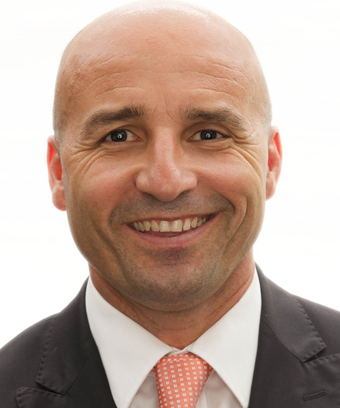 Frank founded Advantage Property Consulting in 2000 and has since built a strong reputation as an advocate for buyers, sellers, and investors. He’s helped literally thousands of Melburnians find and move into their dream home, as well as helping hundreds of people find long-term security through developing successful property portfolios.

Who better to help with important property decisions than someone who’s spent the better part of two decades building their own extensive property portfolio? Frank is familiar to many from his TV appearances on Hot Property, Hot Auctions, Channel Nine News and The Block. He also writes for various media publications and has won many of the industry’s most coveted awards – some multiple times. Peter O'Malley is the author of the book Real Estate Uncovered which was released in 2013. The book has been written for real estate consumers offering an insight and guide to the inside traps and tactics of the real estate industry.

Peter has worked in real estate since 1997 and offers a unique insight into the inner workings of the industry. He is based at Harris Partners Real Estate in Sydney's inner west suburb of Balmain. Many investors, homeowners and buyers both succeed and fail when transacting in the real estate market. The lessons learned by him have been nicely packaged in Real Estate... Read more

How to beat the competition at auction
Read More

Buying and selling under the hammer
Read More

5 investing mistakes you need to know about
Read More

5 questions to ask before buying
Read More
Is it time to sell your investment?
Read More
Finding value: how to extract the best from the market
Read More