You could hardly describe the global economy as being stable over the past decade, but it's been a very different story in Australia – particularly for property. Here's why it's going to stay that way.

Let’s be honest, the GFC shocked the world and has profoundly changed the global investing environment.

Now, new concerns are emerging with world debt at record levels, major commodity prices smashed, the Chinese stock market going up and down like a yo-yo, and the Eurozone looking less than solid recently.

It might well be easier to just sit on the sidelines and wait for things to get back to 'normal' (that is, of course, assuming you have a spare decade or two up your sleeve).

But with all that economic uncertainty comes enormous opportunity for those who know where to look, who have a plan, and are ready to take action to secure their financial future.

What might have worked for you in the 80s, 90s and even the 00s is unlikely to provide the same results in today's economic conditions.

In the age of digital disruption, true global interconnectivity, and major demographic shifts, you may be wise to look at new ways of thinking and investing.

However, as always in any market, money will flow from the uneducated to the educated, and from those without a plan to those with the right strategies for the times.

So please allow me to share seven fundamental reasons why I am choosing Australian residential property as my primary growth asset and investment class.

With global equity markets going through increased volatility, there may well be an increased flight towards safety. Australian property has a solid track record of capital growth for well-positioned and desirable property types. While historical performance is no guarantee of future growth, 200-plus years of consistent property price growth cannot be ignored.

According to the Australian Bureau of Statistics, both Melbourne and Sydney are predicted to double to approximately eight million people each by the middle of this century.

Everyone needs somewhere to live and, according to the Housing Industry Association, we are not building properties fast enough to keep up with the current demand – let alone future population projections.

Basic supply and demand fundamentals would therefore suggest that property prices will at least hold their value, if not continue to go up in value, over time. As mining investment slows, Australia will need other things to contribute to economic growth. One of the most obvious things to contribute to that growth will be the housing market, given that there is undersupply in many parts of Australia.

A word of caution though, there are some pockets of oversupply (i.e. inner city units in and around the Melbourne CBD, and parts of the Brisbane CBD) and you need to know your market before jumping in.

2. Australian property is a large and imperfect market

Australian property has a unique advantage over many other assets in that it is both large and imperfect.

According to CoreLogic RP Data, residential property in Australia is a market worth more than $6 trillion.To put that into perspective, that is more than the entire Australian Listed Stock Market, commercial property market, and Superannuation Pool combined.

To make things even more interesting, Australia does not actually have one property market, but instead a collection of millions of individual property markets. In every state, and every suburb, and even on different sides of the same street there can be large variations in property prices.

Coupled with the fact that individual property owners have a variety of knowledge and motivations when it comes to deciding on what price they will accept for their property, this represents amazing opportunities for the astute investor who knows what they are doing.

3 I am a bit of a control freak

OK, I am going to admit it. I like to be in control of as many areas of my life as possible. I want to stack the chips in my favour, if you like!

Property is one of the few asset classes that allows me to maintain high levels of control because, unlike most other asset classes where the prices are largely determined by market forces only, property has the distinct advantage that value can be added to the asset independent of market forces.

That is, I could add value via a renovation, subdivision, strata-titling, development, etc. In the current market conditions with high global equity market volatility and low global growth, these value-added strategies may be the best strategy available for these turbulent times. For those with the skill, time and money, this could mean tens or hundreds of thousands of dollars, or more, in increased profits.

4. The banks love property – and are willing to put their money behind it.

Let's face it, banks are in the business of making money, and they are very good at it.

A recent newspaper article declared that the CBA, for example, had posted a $9 billion dollar profit in 2015.

That means more than $25 million of profit a day, or more than $1 million every hour of the day. Much of that profit comes off the back of residential property lending.

Given that much of the banks' assets are held directly or indirectly in residential property, they do have a vested interest in helping to maintain a stable property market.

So while the Australian Prudential Regulatory Authority (APRA) has recently stepped in to attempt to curb the enthusiasm seen by property investors over recent years (mainly in Sydney and, to a lesser extent, Melbourne) by asking the banks to restrict lending to property investors to less than 10 per cent per annum growth and hold higher capital reserve ratios, and some banks introducing higher interest rates and lower loan to value ratios (LVRs) for investors, they are not going to want to kill the golden goose.

They just want to slow down how many eggs it is laying and, if the Australian economy continues to slide towards recession (as we saw with the most recent anaemic GDP quarterly growth rates), the goose may become even more important to our prosperity than it already is.

5. Every level of government has a vested interest in property prices growing in the future

Property taxes are the most important source of revenue for state and local governments, accounting for 46.4% of their total taxation revenue or more than $36 billion annually.

6. Australia’s inflation rate is under control and we look to be entrenched in a low global interest rate environment

Our low inflation rate gives the Reserve Bank room to keep interest rates low or contemplate reducing them further if unemployment ticks up too high.

Most of the banks have all set their five-year fixed interest rates at under five per cent.

These huge profit machines have the staff and resources to better predict global interest rates than I can. However, I would suggest that the banks are betting on interest rates remaining low for quite a while.

7. Australia is a wealthy nation, well placed to take advantage of the 'Asian century'

Australia is a wealthy nation, with an abundance of natural resources:

According to BCG Global's Wealth Market-Sizing Database 2014, the Asia-Pacific region (excluding Japan) will account for about half of all the global growth through to 2018.

Australia is well placed to take advantage of many of the emerging economies of the world over the coming years.

In particular, China’s economic growth policies have created a scenario where more than 400 million people will be relocating to urbanised city centres over the next 25 years.

Here are some staggering growth projections for China:

• China’s urban population is expected to swell by up to 400 million by 2025, as workers and their families migrate from the rural towns to cities.
• By 2025 there may well be 221 Chinese cities with more than 1 million people living in them (the whole of Europe has only 35 cities with more than 1 million people).
• Five million new buildings are expected to be constructed by 2025.
• China plans to spend $17.4 billion or more constructing airports in the next five years, and predicts that its aircraft fleet will increase to 4,000 by 2020.
• By 2020 the Chinese middle class is forecast to double to 520 million people – almost twice the size of the US.

However, this could be just the tip of the iceberg for foreign investment inflows into the Australian real estate markets.

The real buying force out of China (and other emerging nations) are the upper middle class who earn around $100,000 combined.

They represent a huge market force and it is predicted that 60 million buyers are about to hit the world.

The Chinese see great growth in Australian property and a stable economy. Another main drive is their children who will study here.

Melbourne and Sydney remain the favourite markets in Australia for cashed up overseas property investors to park their money.

5 tips to maximise your portfolio

What type of investment property should I be buying?

How to master the buy-and-hold strategy

Matt has successfully transitioned from establishing and operating a string of successful health and wellness businesses to being a full time property investor and developer. Matt has been involved in the development of over $100 million worth of residential real estate, with project sizes ranging from $500,000 to $35 million. Matt is a sought after presenter and educator, covering all areas of real estate, and regularly impresses audiences across Australasia with his knowledge and passion. 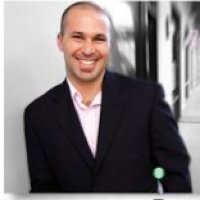 Last Updated: 21 September 2015 Published: 17 September 2015
share the article
What is the Australian property dream?
The 5 critical investment questions you should be asking