Private and public sector spending in Brisbane’s infrastructure is one of the key attractions for international investors. Billions of dollars worth of new infrastructure projects have recently been completed or will be starting soon in Brisbane spanning north east from the CBD through to the Trade Coast precinct.

Ausin first started witnessing a growing interest in Brisbane from overseas investors following the G20 Summit, which was held last year. It positioned Brisbane as a ‘new world city’. This vision is now starting to come to fruition following announcements by the state government and private sector about major infrastructure and development projects.

Brisbane’s two most important economic and employment hubs, the CBD and Trade Coast region are benefiting from the new infrastructure plans. The economic potential of these two areas is being unlocked with state and federal governments, as well as the private sector, reaping significant financial rewards.

Ausin opened an office in Brisbane a few months ago to meet demand from its international investors for premium Brisbane property and expects to double its staff numbers prior to Christmas to service this interest. Brisbane’s affordable properties, clean lifestyle and infrastructure spend in major locations are the biggest drivers for international property investors.

Investors are purchasing apartments throughout the CBD and CBD fringe, as well as house and land packages in well-located masterplanned communities in the middle-ring suburbs. Sunnybank is home to the biggest Chinese migrant population in the state. Areas neighbouring this suburb are benefiting from the growing migrant population.

New infrastructure projects include the airport link tunnel which opened last year and is the longest underground road tunnel in Australia connecting the airport through to Bowen Hills. Legacy Way recently opened and connects the city to the western suburbs and Centenary Motorway. Construction recently started on an upgrade along Kingsford Smith Drive, which connects the city to Trade Coast.

The duplication of Brisbane airport is expected to increase the size of the airport in line with Hong Kong and Singapore, with completion expected in 2020.

Two of the state government’s priority development areas have also been given approval to move forward with multi-billion dollar projects including Queens Wharf in the CBD, which is touted to create over 3,000 jobs during construction and 8,000 jobs when completed. Hamilton North Shore, which is a two-kilometre project along the waterfront near Trade Coast will also generate thousands of jobs and homes for the expanding Brisbane population.

Brisbane is a city that has a vision being embraced by business, government bodies and international investors. The city is governed by one council which has the power to make all of the important decisions regarding the growth of the region.

Its ability to make quick, informed decisions has helped make the city more investor friendly and geared towards long-term investment opportunities. Unlocking the economic potential of Brisbane is attractive to international investors. 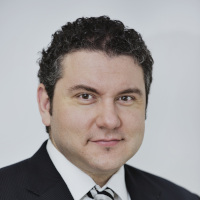 With over 12 years real estate and finance experience, Joseph has held positions such as financial advisor at MLC Private Client Services and a long-term development advisory role for a prominent family-run property company. He is a member of the REINSW and is licensee of Ausin Group... Read more

share the article
Must-have investment suburb amenities
Are you overestimating your property’s yield?