Recent confirmation of Australia's rapidly expanding population means that questions surrounding infrastructure and housing are more pertinent than ever.

When you woke up on the morning of Tuesday, February 16, you were among a nation of 24 million Australians. The ABS population clock ticked over the milestone at 12.51am and set a new record for population growth in this country. It was just two years, nine months, and two days since 23 million was reached – 17 years ahead of schedule.

Demographers say a spike in the fertility rate, net migration, and greater longevity are the reasons for the rapid growth, and a main cause of traffic congestion and wheezing public transport.

Predictions on population growth made at the turn of the century had Australia reaching 24 million people in 2033, but with the growth rate increasing by one person every minute and 33 seconds, ABS statistics show we will hit 25 million by 2018 and continue to add another million every two-ish years.

This has big implications for the property market. Australia has grown five-fold since federation, when only 37 per cent of us lived in a capital city. Now the cities hold 67 per cent of Australians, with Sydney leading the way towards five million people later this year. Melbourne, home to 4.5 million, is not far behind and is predicted to be Australia’s most populated city by 2050, at which point the ABS population clock will have ticked over 40 million people.

It makes sense then, with a growth rate at 1.5 per cent outstripping all predictions, some hard decisions will have to be made about housing density, transport, and public infrastructure.

Planners have long been aware that urban sprawl is costly for the planet and the public purse, yet we pursue the "Great Australian Dream" with greater vigour than ever. The residential property market has been the engine room of the domestic economy in recent years, particularly as the resources sector teetered.

It’s in everyone’s interest for the property sector not to overheat, and the regulators have taken careful steps to moderate growth by tightening access to finance. However, preventing a medium-term property bubble won’t solve longer-term issues of access to housing and adequate public infrastructure for a rapidly-growing population.

That’s a debate for a broader audience, all 24 million of us. 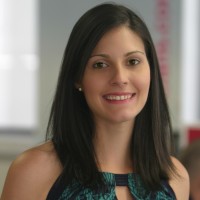 Marie Mortimer is the managing director of loans.com.au.

share the article
Schools are driving growth for property investors
How long will property prices continue to rise?