With a lot of activity from the government over the past month, the housing market could be looking at steady growth over the coming years.

On 3 May 2016, the cash rate was cut to a record low by the Reserve Bank: it fell to 1.75 per cent, and many experts predict another 0.25 per cent will be cut by the end of 2016. This should make housing the most affordable it has ever been for buyers, with home loans already available at an unprecedented 3.75 per cent (in contrast to a long-term average of roughly 7 per cent).

On the same day, the latest budget was announced. Capital gains and negative gearing tax concessions remained unchanged, but superannuation tax concessions were tightened. A $1.6 million cap was introduced for the amount retirees can transfer from their super to a retirement account, and higher super contributions taxes for those earning over $250,000 and with super balances over $1.6 million were also announced. This could result in more money being pushed into the property market, and therefore prices going up.

Following this news, Stockland, the largest residential developer in the country, is hopeful for the future. Their chief executive Mark Steinert predicted housing prices will rise by 3 to 4 per cent over the next year, even in the major cities that have been seeing exponential growth year on year. Sydney saw an 18 per cent price increase in the 12 months leading up to last July, however Mr Steinert expects price growth to fall closer to 3 per cent as more apartments become available and the city “bumps up against affordability issues”. This slowed growth will be especially welcomed by buyers trying to get onto the property ladder for the first time.

Another factor that points to steady growth for the nation’s housing market is the strong employment figures we are seeing at the moment. In March, unemployment fell to a two-and-a-half-year low, meaning more people have the financial stability to purchase property.

Well-known economist Saul Eslake said the Reserve Bank had noticed price pressures had abated since regulatory actions to bolster lending standards were put in place to reduce risks in the housing market. In late 2014, around 50 per cent of home lending went to investors, and high-risk, interest-only loans were on the rise. But now, investors only account for around 35 per cent of lending.

“If there had been no action, then cutting rates would have thrown further fuel on the fire. But this has already been dampened,” Mr Eslake said.

He added that the difference the budget changes and rate cut will make remains to be seen.

Mr Eslake also questioned the motivations of the government; he believes they seem to be encouraging two groups of people to negatively gear property: those with an income below $80,000, who didn’t receive a tax cut in the budget, and those at the opposite end of the scale, with an income over $250,000 or a super balance over $1.6 million. He thinks that pushing people to negatively gear property instead of investing in a super is poor message to give to Australian society.

Robert Joseph, head of MySMSF, predicts that money will be moved away from superannuation and put into property development, investment and funding. He believes that the property market will grow but super “is going to be damaged ... it’s a middle-income tax bracket scheme now”.

With this many experts in the industry predicting continued growth, it seems that the future is largely positive for Australia’s housing market. However, with variations between the markets in different areas and unpredictable fluctuations, it pays for new home owners and property investors to always research opportunities in depth and call on the help of real estate experts in order to make the best decisions – however strong the property market appears to be.

Phil Hartog has been investing in Australian property for over 25 years, since his early twenties. Over that time, he has bought, sold, renovated, sub-divided – you name it, he’s probably done it. Taking these learnings, Phil has developed a range of investment systems that take a long term, low risk approach that is based on strong market research and fundamental analysis in property investing. Nowadays, Phil uses this system to better educate and help hundreds of time-poor, everyday Australians to build thriving long term portfolios in property. If you’d like to find out more, check out his invest firm IPRG today and see how you can benefit from this research based approach. 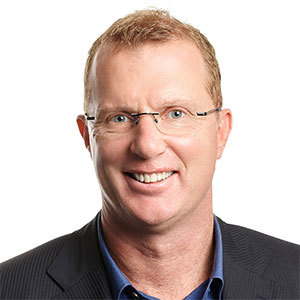 Last Updated: 04 December 2017 Published: 25 May 2016
share the article
How this property investor is preparing for doing 'savvy subdivisions'
Is your investment property pet-friendly?

Industry weighs in on banking sector