Kevin Sum’s investment journey is definitely not something you hear everyday. Since 2009, he has travelled all over Australia to chase yield, but before he travelled all over, his journey started with a decision regarding his first property.

It all started with the “classic Aussie dream” of buying a property, working really hard, and paying it off. Kevin was then fresh out of university and just got his first job.

“I was thinking, ‘You know what, why not buy a property, live in it, and hopefully pay it off so in the future?’ If things happen, at least I’ve got a property to my name,” he told Smart Property Investment.

Kevin purchased a property in GranvilleGranville, NSW Granville, QLD, New South Wales, using the first home buyers grant, moved in and stayed for about six to seven months, then suddenly changed his mindset.

According to him: “After six, seven months[, I] decided, ‘You know what, let’s move back home. It’s much easier.’ Lucky I moved back home, because after I moved back home, I decided to rent it out and I actually got pretty good rent. I think it was like 6 per cent or more than 6 per cent.”

While he’s happy to be living in a modest two-bedroom unit with its own garage, moving back home proved to be more beneficial for him as an investor. “I got basically $350 from day one,” he said.

“Without doing any work, you made pretty much your annual salary in 10 months just holding on to an asset which happened to be bricks and mortar,” Smart Property Investment’s Phil Tarrant remarked.

From there, Kevin went on to acquire eight more properties in different parts of Australia – all while living with his parents.

His message to budding investors: Go out, make offers, and just do it. After all, “too expensive” is not an excuse if you are determined to start your journey.

“A lot of people would’ve sat around and you hear all the time, ‘It’s too expensive to invest in properties because I don’t have enough money or I can’t get financing.’ But you’ve gone out and done it. And going out and doing it is most of the way there,” Phil said.

Tune in to Kevin Sum’s episode in The Smart Property Investment Show to know more about his cross-country investment journey, what he looks for in the right property market, and his advice to budding investors on how they, too, can begin their whirlwind romance with property. 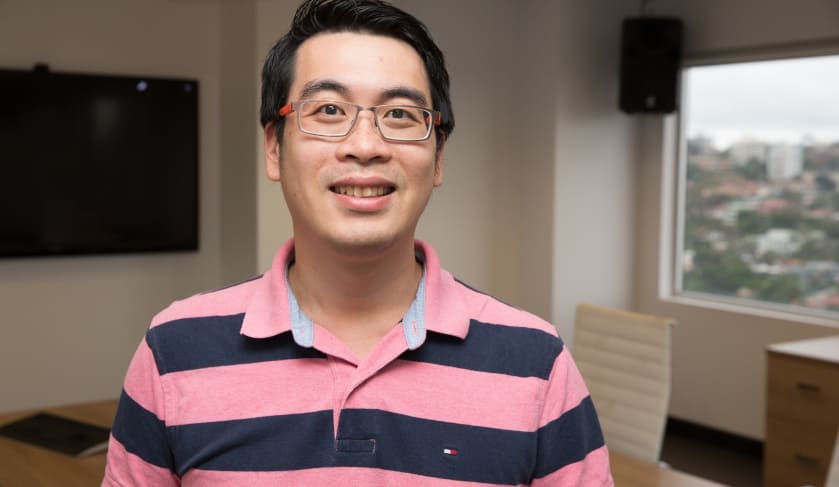 share the article
How do you know if a property is right for you?
Let a seasoned investor tell you about the ‘secret hotspots of tomorrow’