Eddie Dilleen grew up in what he describes as “one of the most underprivileged suburbs in Sydney,” and this kind of childhood inspired him to work hard, turn his life around, create wealth and seek financial freedom.

At 19, he started his property investment journey after saving $20,000 worth of income from working at McDonald’s.

Since then, the young investor – now at 25 – has built an eight-property strong portfolio, and he is currently planning to purchase two more properties before his next birthday.

Look back at Eddie’s property investment journey and let him prove that nobody is really ever “too young” to start securing their future through investing:

Let’s talk about your first property. What did you buy and where was it?

Eddie Dilleen: It basically came down to affordability when it comes down to my first property. I purchased a two-bedroom unit on the Central Coast. That was about 10 minutes away from Wyong, in a suburb called Tuggerawong. Purchase price on that one – that was end of 2010, 2011, so settled in January 2011 – picked it up for $138,000.

Eddie Dilleen: Basically I worked in McDonald’s. When I was doing my HSC, I had probably the worst grades in all the school. I worked in McDonald’s after school for about a year, year and a half, and then once I turned 18, I got a full-time job. I was still on a very, very small income. At the time, I think the base salary was about $26,000 a year income, when I was 18.

So I basically went to a few different banks, and I went with one and they were like, ‘Yep you can borrow around $140,000’ and I was like ‘Alright, this limits me a bit’.

Did you just go and find that place yourself or did you do an online search based on the money you got?

Eddie Dilleen: I did look online, I did it all myself. Basically, I was looking within that price range. At first, I looked around the current area. There was nothing in the current area where I lived around that price range. My family used to go up to holiday at the Central Coast all the time, so that’s some place that I actually know a little bit. I just always looked at the numbers as well, so the property at the time rented out for about $220 a week. Even back then, that was around the 7.5 to 8 per cent rental yield, roughly, just off the top of my head. So I knew even with the interest rates a bit higher, back in the day, that it will look after itself.

What’s it worth today?

What happened between property one and property two? How long was that?

Eddie Dilleen: Too long. Basically, I purchased the second property around 2013. So I did have probably about two years off where I did the thing a usual 19, 20-year-old does and have a lot of fun, but basically then, I started purchasing property again. I bought in South Australia, in Elizabeth. About half an hour out of the city.

How about property number three?

After Surfers, I went back to South Australia. A lot of networking with real estate agents. I had been picking up a few things off the market before they came on, just from building that rapport, but it was down in South Australia, in Elizabeth again.

Tell us about the last three properties.

How much money do your properties put in your pocket every month or week?

Are you still working full-time?

Eddie Dilleen: I am still working full-time. I am trying to work as hard as I can now, obviously, so in the future I can do what I want. And when it comes to say, two, three-year, five years’ time from now, if I don’t want to work full-time, I don’t have to. It’s something that I will have that security, then, you know, help my family as well.

Is the idea to keep growing the property portfolio?

Eddie Dilleen: Yeah, absolutely. As a short-term goal for me, I originally wanted to get 10 by 30. I am upping the ante a little bit. I want to get 10 by 25 now. So while I am still 25, anyway, so I have got another nine, 10 months to get two, which I think is very achievable. I have got the plan in place and I have got the ability to go again pretty shortly, so beginning of next year I will hit number nine, 10.

Do you do all this yourself or do you have a broker that helps you out with it?

Eddie Dilleen: Did a bit of both really. I have only used a broker once and at the moment, I pretty much do it all myself. I like connecting straight towards, with the banks in particular. Picking the right manager or bank manager and then sticking with them as long as they can ensure they are the right one for you.

How do you go about managing all these things because none of them, except for your first one, is in New South Wales, right?

Eddie Dilleen: Definitely have a property manager. I don’t try and manage them myself or anything like that, so a lot of those properties I purchased without even seeing the locations, so I purchased site unseen for a lot of them. The Queensland ones, for example, I had been through the market a lot and just looked at areas and studied the area and things like that. But when I actually purchased, probably about three or four of them, they were site unseen.

A lot of things can be done online. It’s more so having that emotional attachment when someone wants to go out there and touch and feel and look in the property and that kind of thing, but at the end of the day, if something is wrong with the property internally and you are (don’t have a) qualified pest building inspector, you are not going to know what is wrong with it. Bottom line, you are going to get a pest and building inspector to go through it and do those checks anyway.

Have you ever had any roadblocks because of your age?

Eddie Dilleen: There has certainly been roadblocks. There has been times when I go to one lender and they say no for X, Y, Z or they say you cannot borrow for this reason ... you have had too many credit hits on your personal name, whether it be refinancing four in one month or wiping off a credit card or doing something, whatever it may be.

But for me, I have learnt a lot about how banks go about finance and how they look at a person when dealing with that and getting a loan and everything ready for them. It’s something that I definitely think is a huge part, if not more important than the property side of things—learning about the finance.

What would be your number one tip for people of the same age that are sitting there contemplating about investing?

Eddie Dilleen: There is lots of ways to do it, and for me, I think it is about getting creative and finding out, first of all, learning how the property market works, learning how finance works and then, of course, learning the ways you can use that to your advantage.

So, if you have got the basic understanding or if you are just looking at it from the outside, it seems pretty crazy to go on a buying spree of properties. But if you look at it in depth and you study the market and study how things work, then you can see the benefits from it. So, it’s basically just get creative and just think outside the box.

Tune in to Eddie Dilleen’s episode in The Smart Property Investment Show to know more about his plan to get a total of 10 properties before his next birthday and what he will do to overcome any serviceability and financing hurdles. 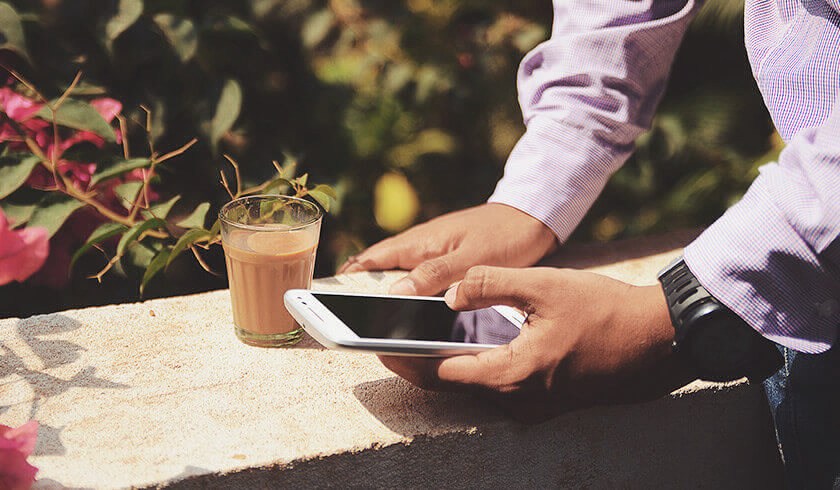