How property investors can deal with their risk profiles

Many people often think twice about starting their own property investment journey because of the many types of risk involved—from dealing with property spruikers to the possibility of buying the wrong property and ultimately losing a lot of money. Jim Hall, who admits to having no concrete plans whatsoever when he began his journey, shares with Smart Property Investment's Phil Tarrant and Andy Smith the story of how he managed his risk profiles—five years since he began building his portfolio.

What could possibly be some of the reasons behind increased risk?

Phil Tarrant: No one actually talks about [this]—it's always about how pretty it looks or what colour tiles you put on the wall or what fixtures or fittings are stuck in your kitchen. When you say that, people don't understand that they've got equity and a property that they can leverage to invest in property. They're not aware of it. The mind boggles that that's the case.

Andy Smith: I think part of it is that we come from a generation where our parents would have been—the idea of risk was something that wasn't done. You got a mortgage to pay it down. That's all that you did... I think there's a mindset shift in that regard, [about] what things are done as well.

Do you believe that a lot of people are debt-averse?

Jim Hall: A lot of people just aren't comfortable taking on debt. I've got a good reasonable-sized portfolio, but I do owe the banks an awful lot of money. But then I've also got assets worth quite a lot of money... Most people go down the scenario of "You buy your first home, you’ve saved up for deposit [or] you're fortunate enough to get deposit from your parents," which is great. All of a sudden, you've got a huge mortgage.

What should property investor's mindset be about risk?

Andy Smith: The idea of investing a property [for some people] is not something that they think about doing and it's not something they would do. They want to live in a nice house. The idea of taking on a mortgage to them is not an issue because they want to buy a nice house. When they talk about investment... the question I get asked a lot is, "Andy, what happens if something goes wrong?" I'm always like, "Well, what happens if something goes wrong with your mortgage, anyway, with any debt that you take on? There's always an element of risk. There's always potential problems that come up down the track."

In summary, property investors should just learn to strike that "balance" between their debt and their earnings.

Andy Smith: One thing that I've certainly come to realise with investing property... is that if I’ve only got a mortgage on one place and I've got a problem with repayments, I've got a real problem... If I've got four or five properties and one of them doesn't start paying their rent on it, it's still a problem—I'm not going to tell you that. You know what? It's a smaller problem because it's only a fifth of what I owe that I've got the problem from rather than all of what I owe.

Jim Hall: Everyone has got their own risk profile and some people are more risk-averse than others... Personally, I don't have a particularly risky outlook on things. I like to be pretty safe, pretty steady with things. Some people have made a lot of money with some slightly riskier purchases of property. Again, the reason why I'm into properties, I understand property, bricks, and mortar.

What would be your advice for prospective property investors thinking twice about starting their journey?

Jim Hall: I'll just say do your research. [Whether or not] you're going to go into stocks and shares, get someone that knows what they're doing.

Phil Tarrant: I think people should only invest in stuff that they understand... [There are lots of] investment products in the marketplace that have a buzz about them and people get really involved in them, but most people don't actually get what they're getting by investing in[to] that, or they're doing it for a reason of tax minimisation and strategy.

You shouldn't be investing in property for tax reasons. You should be investing in property because you want the thing to go up in value and you want the thing to hopefully pay for itself. That's the ethos of how we choose to invest... You pick these properties up and hopefully, below the market value in areas which you hope are going to grow quickly over time, that's going to help you cover the mortgage on the way through.

Tune in to Jim Hall's episode in The Smart Property Investment Show to know more about how he successfully built a portfolio on the fly, what he's learned along the way, and the lessons he is still learning up to this day.

Read More
How property investors can deal with their risk profiles 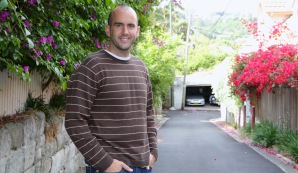