While newly-engaged couple Carl Smith and Phoebe Arthur were, as they say, 100 per cent happy about their first investment property, they are in no hurry to build a massive portfolio and become millionaires through real estate. After all, they wanted to be faithful to the principle that helped them save up for their first purchase—”Don’t bite off more than you can chew.”

“We're not greedy people. We don't want to just buy up everything we can. We can't anyway,” Carl said.

Phoebe added: “It's all well and good to buy lots of properties, but if you can't sustain the repayments… that would put you in a pretty sticky situation. So, I think, we just want to buy a few and make sure we're not biting off more than we can chew. And something that will quick[ly] sell.”

They also want to continue to use their ability to manufacture equity by renovating—the same strategy that made their first property investment a success. However, instead of spending another two years doing it on their own by taking advantage of Carl’s building skills, they are looking into enlisting the help of professionals for their next properties while maintaining their active involvement as property managers.

"[We’re looking for] something that's in a half decent state to, basically, maybe even just a lick of paint… and some new lights… then get tenants straight in.... [We are] keeping an eye on the market. There's stuff out there,” Carl said.

“Our little trick was to, see where we live and then do a bit of a radius around where we live. Then see how long it would take to commute to that place every weekend,” Phoebe added.

At the end of the day, like many property investors, the young couple only wants a steady stream of passive income as they grow old, as well as the option to retire early or slow down on working every once in awhile.

“It would be nice to have passive income coming in from more than a few rental properties. I think that would be the ideal goal… [Just being comfortable]... We don't want to be like multi-millionaires or anything,” Phoebe said.

Carl concluded: “You just play your cards right, and you just, hopefully, get opportunities in life.”

Tune in to Carl Smith and Phoebe Arthur’s episode on The Smart Property Investment Show to know more about the long-term process of renovating their first property, and how they found the latest design trends at just a fraction of the cost. 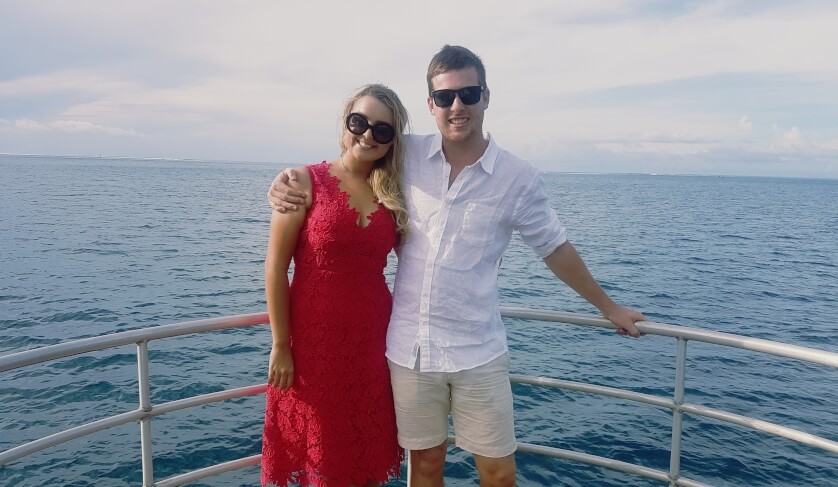 Last Updated: 18 September 2017 Published: 27 July 2017
share the article
3 tips to paint a property to sell
Why property investment is all about the right timing