It’s common knowledge that spring is the most popular time to sell your home. But the best time to buy, or find a rental property, is not as obvious.

The weather is usually good, bringing people out for auctions and daylight savings is under way, meaning there’s extra scope to hold open for inspections in the evening.

Many assume that spring is the best time to buy because it’s the season when supply is at its highest. And while there is a lot of choice, it isn’t necessarily the best time to get a great deal.

Summer isn’t usually the time people rent and purchase property, but anyone looking to move should certainly consider these warmer months to jump ship.

Starting your property campaign in either December or January probably isn’t the best idea as many people are thinking about Christmas expenses, while others take a break and go away with family and friends.

During summer, a lot of people are in holiday mode and won’t want to deal with the stress of searching for a property. Plus, with many real estate agents on holiday for Christmas and early January, you may not be leaving your property in the best hands.

If your circumstances require you to sell in summer, start your campaign by listing in early February with an auction booked for early March.

This will give everyone time to return from holidays and the market to become active again.

2. Summer is a buyer’s market

Another reason I advise property owners not to sell in summer is because it becomes a buyer’s market, and most buyers will be able to shave down the asking price.

Listings reach their peak in spring, with one particular week this October playing home to 1,983 Melbourne auctions – the biggest auction week ever.

Yes, stock might be limited in summer, but so is the competition.

There will be some homes remaining from spring that didn’t sell at auction and are now listed as ‘private sale’.

Before writing these off as the properties everyone else rejected, they are well worth some consideration, as they may have been up against some stiff competition in spring.

The sellers might not be asking as high as you might think and are keen to seal a deal before the end of the year too.

This means there’s much more scope for negotiation and the potential to get the property for less than what they are initially asking.

It’s no surprise that the rental market slows down during Christmas and up to mid-January.

Then it explodes in February as students start looking for accommodation prior to the commencement of the university year.

The rental market can be equally, if not more, competitive than the housing market so taking advantage of the summer months is a must.

Similar to buying a house, people might not be focusing on finding a rental property in the lead up to Christmas and during the holiday season, especially those that are going away on vacation.

Landlords who choose to list in December need to be flexible when it comes to the weekly rent, as it’s a relatively quiet time. Dropping the rent by $10 to $15 a week might be a smart move in the long run.

Landlords don’t often think realistically, and are generally more focused on securing a tenant for the right price. This usually comes down to believing their property is worth a certain amount.

But if you aren’t willing to be flexible during quieter months, you may risk having your rental property on the market for longer than anticipated, which will cost significantly more.

For instance, over a year, a $10 per week discount will only amount to $520 but not having rent for two (or more) months will produce a greater cost.

Alternatively, sign your tenant on for a six-month contract during the quieter period and then readjust the rent for the next 12 months. Chances are, they won’t mind paying an extra $10 a week, as moving house will cost them a few thousand, once you consider a moving van, redirecting mail, paying a new bond and six weeks upfront.

For those looking, less competition not only means a higher chance of getting accepted but also scoring a better price. Don’t be afraid to negotiate during the warmer months. Bruce Oliver is the co-founder of Xynergy... Read more 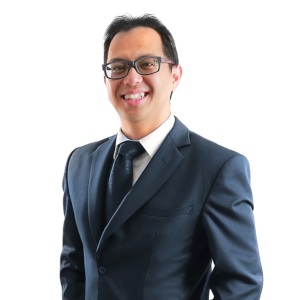 Last Updated: 04 December 2017 Published: 29 November 2017
share the article
Why you should invest in multiple properties
P&I loans may be the only entry point into the market in the future