As such, most investors seek to buy beautifully positioned property, avoiding those secondary spots that decay the prospects of capital gains and create nothing but headaches for buyers who have mistakenly fallen for the allure of a seemingly inexpensive holding.

There are ways to profit from secondary locations, but only a certain type of buyer should take them on and they must have a detailed understanding of the risks.

What is a secondary location?

Secondary locations are where property is affected by a detrimental element that’s often, but not always, external to the holding itself. Main road frontages with the associated noise and access difficulties are the most obvious.

It’s true, secondary locations are cheaper, but they’re cheaper for a reason. The most obvious problem is that a certain percentage of buyers won’t purchase an affected property, regardless of price.

This means the pool of potential purchasers is limited — in some cases, severely, if the detriment is dramatic enough or the market is slow. Having fewer potential buyers means less chance of creating competition and achieving a premium price.

Another more important element is financial institutions attach increased risk to these holdings.

As such, they are subject to everything from lower approved LVRs that require larger deposits from the owner through to outright rejection as security for a loan. This severely limits the ability of many lenders to purchase — so they don’t bother.

What types of secondary locations are most dangerous?

I believe there are some secondary effects that can be dealt with, and others that are absolute no-nos.

I grew up on a property with high-tension power lines. It didn’t affect the television reception and never resulted in health problems among my family. While I understand they’re ruled out by some buyers, my own experience is the impact of power lines is negligible.

The banks, however, may see things differently and, as a result, may reduce the LVR or not lend at all.

Main roads vary in effect and need to be considered on a property-by-property basis. On a major carriageway away from CBD, they can be a problem. Parramatta Road in Sydney has long stretches where on-street parking is impossible and traffic is travelling at a fast pace. These are “ghost sections” for property.

Yet in parts of the roadway closer to the commercial centres, the number of potential buyers increases as ready access to services and facilities overcomes the detriment of a busy road frontage.

Flooding locations are a no go in my opinion — they’re too unpredictable.

There are plenty of owners who purchased bargain properties in Brisbane and Ipswich just after the 2011 floods who’d happily argue otherwise, but I think they’re being speculative because it’s hard to mitigate the risk with floods.

Locations adjacent to industrial or other heavy uses such as service stations are again a case-by-case instance. There are too many hurdles with adjacent service stations due to underground fuel storage, increased vehicle traffic, smells and possible future rectification works when redevelopment eventually rolls around. With light industrial, it depends on surrounding businesses as traffic can vary, as can the size of the vehicles accessing the roads.

On the upside, residential property in these positions could be earmarked for future rezoning to higher and better resulting in a value bump.

Another set of detriments relates to the soil itself and what lies beneath. There are areas where shifting black soils and red clays are highly reactive to moisture content. In simple terms, that means your dwelling foundations can start rocking around like a tugboat in a tornado.

Some developments over the past few decades have even been completed on large holdings positioned within subsurface mining areas, so there’s potential for sinkholes to open up.

There’s nothing worse than waking up to find what appears to be a gateway to the underworld has opened up where your backyard used to be.

But can you profit?

In short, yes, but they only suit speculative investors with a tolerance for risk and a large buffer of available funds.

It’s said you get a chance to sell property at a secondary location once every 10 years. As we know, property markets are cyclical and secondary locations are usually the worst hit when the downturn comes — you can’t seem to give these holdings away.

But come a red-hot market peak when everything else in an area is priced sky high, suddenly there’s a wealth of buyers ready to accept a home’s shortcomings and forget their reservations in order to live within a desirable suburb.

Another possibility is investing on the gamble of rezoning or changes to the town plan that will enhance future development potential.

For example, we’ve seen some councils relax their rules on density and setback limits for homes on main roads in an attempt to increase housing supply. Some of those owners would be very pleased with their value increase.

Buying secondary property is speculative — you can profit, but value and rent potential can also languish for years waiting for an upswing. Most smart, long-term buyers don’t consider secondary investments to be worth the risk.

Steve is the director of Right Property Group where he acts as a professional negotiator, property strategist and licenced real estate agent. He has successfully negotiated more than 2,000 transactions from one-bedroom units to multi-level apartment blocks and renovated over 85 properties adding massive value and also substantially increasing rental yields. 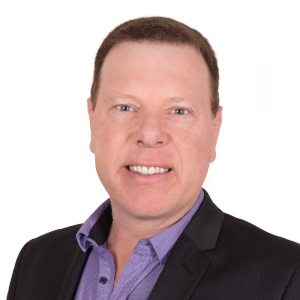