Why you should invest in the Sunshine Coast property market

Why you should invest in the Sunshine Coast property market

In the past year, Queensland overtook Victoria to receive the most interstate migration of any state, while international immigration to the Sunshine State continued to rise and could increase the demand of housing.

The latest report from Deloitte Access Economics predicts that Queensland’s economy is coming back due to the jobs growth, planned and undergoing multimillion-dollar infrastructure projects, increased tourism and huge migration from interstate.

Attractive property prices and amazing lifestyle in Brisbane and the Gold Coast have caught the attention of first home buyers and property investors. However, smart and savvy property investors should be looking to capitalise on the opportunity of a rising market in the SunshineSunshine, NSW Sunshine, VIC Coast due to the population and economic growth.

Demographer Bernard Salt has previously said: “Long gone is the sense that the Sunshine Coast as an enclave of older retired Australians and New Zealanders. This was always going to be a game-changer for the Sunshine Coast. No other city of a similar scale offered new and existing businesses the opportunity to reimagine their future in state-of-the-art premises next to the pulsing heart of an established Australian city.”

The Sunshine Coast has grown from an economic base of tourism and construction to an entrepreneurial, small to medium enterprises in health, technology, professional services, building and retail sectors to attract a steady flow of young people into the region.

“We are now experiencing a sustained period with one of the lowest unemployment rates in the state, continuing high levels of business confidence over the last three years and more than $10 billion in investment in new infrastructure and major commercial and residential developments,” the mayor said.

Plus, the new $430 million Maroochydore CBD is expected to create more than 15,000 permanent jobs on completion and inject an estimated $4.4 million into the region’s economy.

The Maroochydore City Centre development is one of a number of significant infrastructure projects underway for the Sunshine Coast region. It includes:

Property valuation company Herron Todd White has also said that “the Sunshine Coast has always been a popular investment location for both dwelling and units alike, with many holiday-let units owned by intrastate and interstate investors”.

According to Bernard Salt’s report, the Sunshine Coast population will grow by 175 per cent by 2040. Looking ahead, with expected high demand of residential properties due to population and employment growth at the Sunshine Coast, now is the best time to get into the market and capitalise on the price growth, vacancy rates under 1 per cent and rent yields over 6 per cent. Jeremy Foster is the founder and managing director of Probity Investments, focusing on properties in South East Queensland. Jeremy’s strong background in finance and mortgage broking enables him to take a more holistic approach to assisting his clients with their property investment... Read more 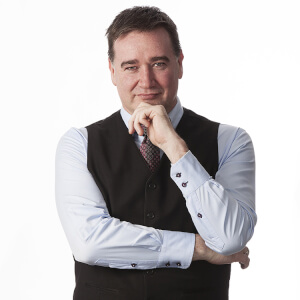 Last Updated: 01 March 2019 Published: 01 May 2018
share the article
House v unit: Which is the better investment?
Adelaide, Perth or Darwin: where should you invest?