Thinking about buying property in 2020? Rebecca Jarret-Dalton has weighed in with some of her predictions for the property space in the year ahead. The year for refinancing

Long gone are the days where home owners would take out a mortgage and then see their only option as staying with that lender with the life of the loan. After cutting the official cash rate to historic lows in 2019, the RBA has taken the bold step of urging mortgage-holders to shop around to ensure they are getting the best deal on their interest rates.

You know what, they are.

Customers expect more from their lenders in return for their business. The lenders who can’t offer the most competitive rate will find themselves quickly broken up with as the act of refinancing becomes a more acceptable means to securing the best deal in town.

The savvy savers we now see in the market seize the opportunity they have opened up by securing their new shiny low rate and tend to keep making the same repayments as they were originally. This is getting these guys ahead by allowing them to build a buffer in an offset account or chipping directly away at the principal.

Heavy discounting in the mortgage world

When we are looking at refinancing, it isn’t hard to see why. The current discounts being offered, particularly on fixed loan rates, is massive! Right now, there are five-year fixed loan rates on offer for as low as 2.7 per cent. Customers are all over it and locking themselves in. But what does this mean for the longer-term stability of rates if banks are already offering lows of under 2.8 per cent and the official cash rate is at the lowest it has been in history?

Smaller lenders are winners in 2020

The major banks are definitely the ones who are feeling the brunt of customers taking the opportunity to jump ship and find themselves a better deal. Small lenders are capitalising on this by staying competitive and flexible.

These small players are also quite happy to sit back and watch the big banks come under scrutiny from the media and watch consumers become more and more agitated with the majors. These guys know that whilst their presence might be limited, they will fight for your business and try to stay relevant in today’s culture by adapting to models such as sustainable lending.

It seems like another instance of common sense, but the concept of “best interests duty” will be legislated. In essence, this means that brokers have to put client needs before their own, which at the end of the day is what we got into business to do!

Nonetheless, with all the negative press surrounding the majors and the royal commission, consumers want more help to make sure they are making an informed decision. This is great for us in the mortgage brokerage game. At last report, more than 60 per cent of the loans are being established via brokers, and I don’t see this changing any time soon.

Everyone knows the situation. You find something you fall in love with, but it is slightly out of the budget.

It’s a trap that so many people fall into.

When it comes to the purchase of a property, extending yourself ever so slightly can be more than a little problematic. While the majority of the population has a general understanding of the mechanics of a loan, what can be lacking is an understanding of the commitment you are making. Yes, sure the lenders take into consideration a rate floor that looks at your capacity to pay back a loan at 2.5 per cent above the current rate, but the market fluctuates just like people’s life circumstances. In 2011, the standard variable rate went as high as 7.75 per cent. Taking into consideration that most loans are a 25 to 30-year commitment, customers need to be aware that even with refinancing options available, at some point they may be in a position where the loan repayments could really stretch them. Even to breaking point.

Taking a step back though, another thing that a lot of Australians aren't really educated on is the tightening of banks on the criteria they use to approve home loans.

Where once having an estimate of household spending would be enough to get a loan across the line, today many lenders use a fine-tooth comb and go through your detailed information to ascertain your capability to repay your mortgage.

Sure, it might be the case that many people are simply reigning in their expenses and paying off their mortgages because they have heard that they should be, but factors such as a change in government also tend to spook people as they worry about the state of the economy.

It is also no secret that retail is struggling, and this has a knock-on effect – we spend less and retail sees a decline. There is a minor panic about the lack of spending and “business being bad” so we buckle down and save some more. It’s great to see surpluses building up from where I am sitting, but I know the government disagrees.

When the Morrison government assumed power last year, they worked towards delivering on their election promise of a First Home Loan Deposit Scheme. This initiative has now become available to a limited amount of low- and middle-income earning buyers who meet specific criteria and have a 5 per cent deposit saved. The main advantage of this scheme is that it allows these first-time buyers to avoid paying lender’s mortgage insurance, which normally is slugged on when borrowers don’t have a minimum 20 per cent deposit up their sleeve.

While at first there were concerns that lenders may offer this group of home buyers an inflated interest rate, the rates that have been announced to date have been surprisingly competitive.

Though with only 10,000 of these loans available, it means that an estimated 90 per cent of the first home buyer market will miss out on the opportunity to capitalise on this offer so its impact won't be something that is widespread.

This fact aside, low interest rates across the board place our first home buyers in a comfortable position to enter the market. With no change to rates in sight, we can expect to see these newcomers continue to actively engage in the market and stake their claim in the real estate game.

The year of the renovation

With the housing market bottoming out in mid-2019, the desire to sell up and upgrade the family home has been more of a pipe dream for most. Home owners simply don't have the equity in their current property to make it work.

Those who have managed to maintain some of their equity (or are slowly clawing it back as the market begins to recover), have even less of a desire to then go and spend what they do have on massive change over costs including the dreaded stamp duty and agent fees.

Que the renovators. This smart bunch are playing the odds.

They approach their lender for a top-up mortgage so they can unlock a little bit of cash and pump this into giving their current home a facelift or complete makeover in hopes to generate more equity down the track. From the good old DIY, to the complete knock-down/rebuild, these renovations are presenting themselves in all shapes and forms across the country and is a trend I definitely see continuing well into next year.

Those who aren’t renovating are choosing to build.

The amount of registered land that is currently available is at levels unheard of before, and this is giving our first home buyers some great options for getting themselves into the market. Add to this the fact that you really can’t put a value on unregistered land, and buyers are finding themselves in the prime position. If anything, as property and suburbs develop, it is more likely that the value of the land will only increase, and this is giving customers some great certainty and confidence.

People are still looking for extra income through property portfolio

Apart from those who are living in Western Sydney, who are currently experiencing a large infrastructure boom, there isn’t a lot of faith in the concept of growth at the moment, particularly with regulator intervention.

This means consumers are turning to other methods to feather their nest. In many suburban neighbourhoods, you can see this practice put to test with the demolition of single-dwelling homes and the erection of townhouses and duplexes to provide a secondary income stream. Beyond this, others are looking to our regional cities where entry prices are on the cheaper side and they can build their investment portfolio.

Negative gearing is on the decline

With the current interest rates sitting as low as they are, and the rental returns being good (if not great) at the moment, there aren’t too many negative aspects of being in the investment property game. Cash flow is definitely king, with balanced portfolios coming in a sweet second.

Separation rates are high and will continue to rise in 2020

It is a sad fact that separation rates are high at the moment and are unfortunately expected to keep rising next year. Separation or divorce coupled with a mortgage can be a messy business.

At least three of the new clients who reach out to me each week are about to navigate what can be treacherous waters. Mortgage owners “consciously uncoupling” from each other, or even the fear of this possibility is often the motivation for many to become savers.

All too often, many “older” first home buyers who used to have a significant amount of discretionary income to spend lose it all and find they are left with nothing. Women in particular want to feel empowered and in control of their own finances. They often are the ones who drive the need to save. These wives and partners also are conscious of the benefits of setting themselves up with their own income streams. This is not a bad thing, it is just today’s women want to feel secure that should the need arise to move on, they will be in the best financial situation they can be so that things like retaining the family home is a serious option that can be put on the table.

Our single ladies are also doing it for themselves

There is a rise of the empowered woman, the ones who want to set themselves up using property to fund themselves in the future. A bit like their married counterparts, these ladies want to create security, independence and give themselves options.

More power to them! 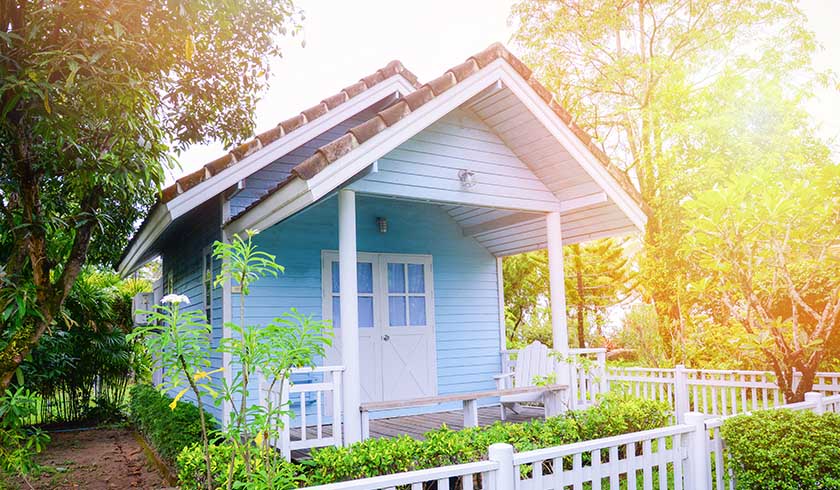