Preliminary data is suggesting that the HomeBuilder scheme is doing what it was intended to do – secure jobs and inject confidence back into the economy. According to the HIA – an advocacy body for the Australian residential building industry – new home sales rose by 77.6 per cent in June, from a record-low result in May.

The organisation’s chief economist, Tim Reardon, said the rebound “does not fully offset the dismal results of the preceding three months, and we are cautious of over-interpreting data from a single month”.

But he did acknowledge that “it is a clear indication that HomeBuilder will help protect jobs in the sector in the second half of 2020 and into 2021”.

While additional sales data from July and August will be necessary before accurate estimates can be drawn around how effective HomeBuilder actually is, Mr Reardon said that “new home sales data is highly responsive to changes in consumer confidence”.

With new home sales having fallen to their lowest level on record in March and continuing to trend downwards across April and May, the economist explained that without intervention, a significant contraction in the volume of work on the ground would have occurred in second half of 2020, leading to a contraction across the wider economy.

“The improvement in June can be seen across all the states, which is a good indication that the HomeBuilder program is working, to varying degrees in each jurisdiction,” he continued.

So, what states are benefitting the most?

According to Mr Reardon, Western Australia has experienced the largest improvement, with sales more than doubling during the month of June.

While this figure did come from an exceptionally low base, he was not surprised – given the state government’s Building Bonus program, which if combined with the first home buyer scheme can provide support exceeding $50,000 to eligible new purchasers.

The westernmost state saw a 211.2 per cent monthly increase in new home purchases in June alone.

South Australia came in second, with a 157.1 per cent increase over the month when compared with May.

Victoria saw a 47.8 per cent increase, while Queensland purchases rose by 43.3 per cent.

But it’s not all smooth-sailing

The HIA also pointed out that the cancellation rate remains higher than usual.

While 30 per cent of all new sales were cancelled in an April peak, Mr Reardon observed that the number remains elevated – at 23 per cent.

He said, “This suggests that there are still many households that have made the decision not to proceed with a previous new home purchase in light of the changed economic conditions.”

Read More
HomeBuilder appears to be working: Here’s why 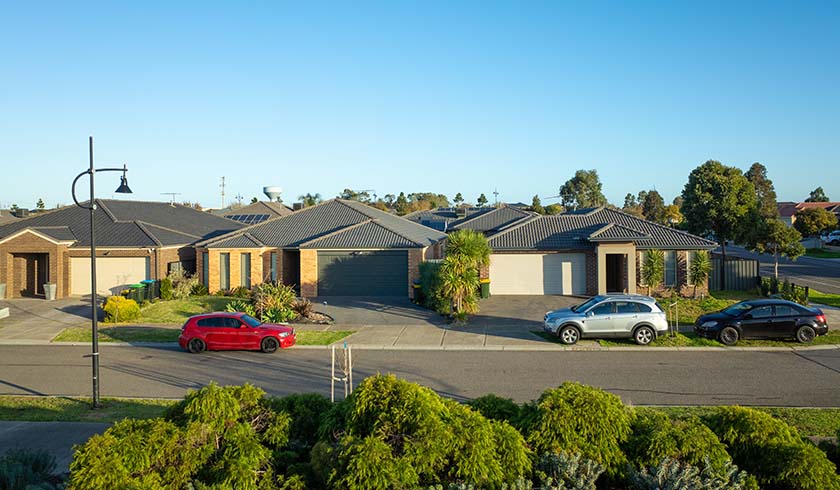