A council in NSW has declared a housing emergency due to a lack of availability and affordability. Earlier this month, the council of Tweed Shire, located in northers NSW, declared a housing emergency, noting that a growing number of residents were now finding they could no longer afford to live in the Shire.

The boom can be attributed to a pre-existing lack of affordability and available housing, which was accentuated by COVID, the Mayor of Tweed Chris Cherry said.

“What we are now seeing is a marked acceleration in this trend caused by people moving from cities and buying properties in the Tweed,” Ms Cherry said.

As such, she revealed, the Council has resolved to write to the federal and state government for help, asking both to explore further opportunities for additional social and affordable housing in the Tweed Shire.

“Local real estate agents are reporting record sales, and the increase we’ve seen in rent is unprecedented. Given that we’re also experiencing historically low rental availability, it signifies that there is stress right across the rental market. This translates on the ground to families with two incomes who cannot afford to live in the Tweed,” the Mayor noted.

The NSW government recently invested in social housing in Boyd Street, Tweed Heads, which is soon due to deliver 40 units.

“The development in Tweed Heads could not be happening at a more crucial time, but we know that we will need more support from all levels of government to meet a rising demand for social housing,” Ms Cherry said.

“This is a whole of community and whole of government issue. With rising rough sleeper counts, the situation is getting much worse on a daily basis as the buying boom continues.”

The Tweed Shire was once considered an under-the-radar gem on the NSW North Coast, but with lifestyle now top of mind for Aussies, Tweed’s natural coastal beauty and close proximity to Brisbane have seen its popularity increase.

Similar occurrences have been witnessed across a number of regional towns countrywide, with vacancy rates well below 1 per cent across a majority of states.

According to recent research from The Property Nerds, it is not uncommon to see many regional markets with 60-90 per cent declines in their vacancy rates over the last 12 months.

In fact, regional NSW, Victoria and Queensland are all sitting on vacancy rates of 0.8 per cent, while Tasmania has topped the pack with 0.6 per cent. Regional South Australia is not too far behind at 0.9 per cent, while regional Western Australia clocked 1.3 per cent in March. 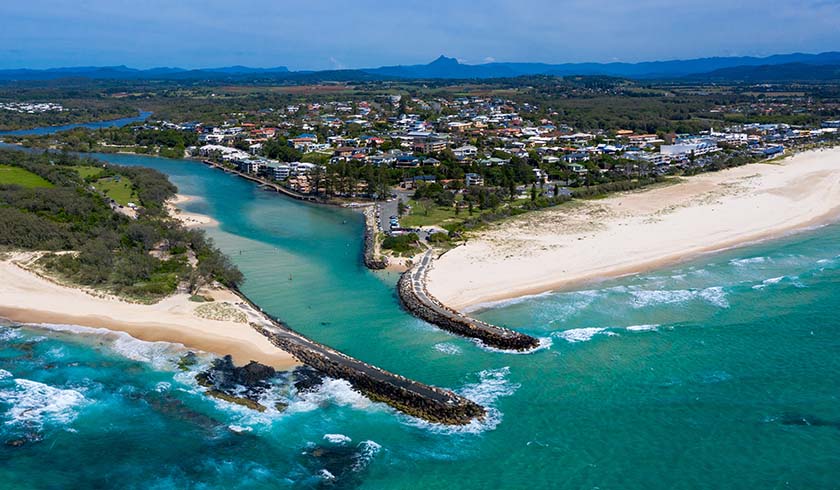