Supply issues and affordability concerns have dampened the overall mood for first home buyers, although home owners and investors sentiment improved, a quarterly study has revealed. ME Bank’s consumer sentiment report showed that overall property sentiment has dropped by 7 per cent in the last three months, following a record high over the last quarter.

The drop in sentiment was largely driven by first home buyers, which saw sentiment fall 3 per cent.

ME’s head of home loans and personal banking, Claudio Mazzarella, said that when property prices and interest rates lowered last year during the pandemic, a unique buying opportunity opened up for confident first home buyers with cash savings and secure employment, while many investors became nervous.

“Now prices have rebounded strongly and affordability is going down, first home buyers aren’t feeling as positive,” he said.

On the flip side, those who own property and investors are becoming increasingly optimistic in a heating-up market, with investors sentiment reaching a record high at 52 per cent.

Property owners’ ‘sense of wealth’ and ‘general financial confidence’ increased to the highest levels since ME’s survey began in April 2019 – at 41 and 42 per cent, respectively.

In contrast, an overwhelming 82 per cent of the property buyers surveyed said they ‘feel worried about paying too much for property in the current market’.

“Rising prices are making property owners feel wealthier, when many buyers are stretching their budgets to afford the limited but growing availability of stock on the market at the moment,” he said.

Who’s planning to buy and sell?

Despite sentiment for first home buyers falling this quarter, more than 52 per cent are still looking to get into the market over the next 12 months.

ME’s findings revealed that over half of those looking to buy ‘feel a sense of FOMO’ in buying property in the current market.

Around 75 per cent of those ‘looking to buy’ said record-low interest rates have made buying or investing in property more attractive to them.

Investors appear to be looking to cash in on high prices, with 23 per cent indicating they want to sell their property in the next 12 months, compared with only 11 per cent of owner-occupiers.

“Although overall sentiment is lower among first home buyers, our findings show they are still eager to buy property over the next year.

“There’s also a sense of ‘fear of missing out’ in the current market, which can be a key driver for this behaviour,” said Mr Mazzarella. 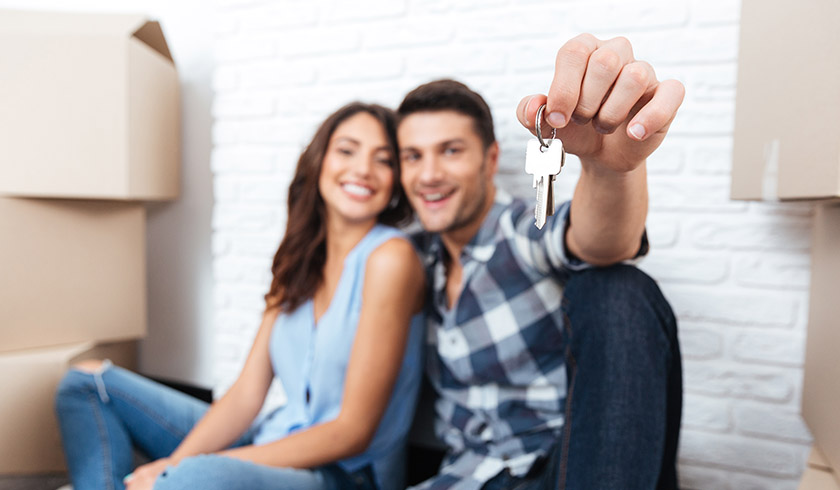 Last Updated: 14 May 2021 Published: 13 May 2021
share the article
How will the budget impact the housing market?
How to buy house and land packages in Australia