For buyers willing to gamble on an early-stage release in an unknown suburb, the rewards might just outweigh the risks. The past 12 months have seen new estates in the southwestern suburbs of Sydney, such as Oran Park and Wilton, explode when it comes to their value and buyer interest.

Back in February, research by realestate.com.au revealed that some suburbs in Sydney’s southwest median house price skyrocketed between 350 per cent and 549 per cent over the last two decades.

According to Herron Todd White’s latest Month In Review report, Menangle Park could be next.

“When a master plan is done right and a community lifestyle is created, the area will flourish and price increases will follow,” they said.

“Menangle Park has the potential to offer both an inclusive lifestyle in a rural setting with a town hub.”

Located 10 minutes from MacArthur Square and 90 from Sydney’s CBD, Menangle Park is a master-planned community with over 4,000 homes.

Works on the estate began in October last year. When completed, the development will integrate the existing train line with a newly built town centre, onsite childcare and a primary school plus 41 hectares of parks, sports fields and trails.

According to the Menangle Park sales manager, Jesse Johnson, “Menangle Park is one of the more premium estates in South West Sydney and, when completed, will offer residents a lot more than other estates, particularly from a land size, onsite amenity, location and employment opportunity perspective.”

Citing Oran Park and Wilton, Herron Todd White’s report suggested that “buyers who took the risk and purchased in early-stage releases in an unknown suburb have seen large increases in values compared to the most recent land releases as buyer demand grows”.

That being said, the Australian property valuation and advisory company do hedge their bets a little. They reminded potential buyers that “just like any new up and coming estate, the risks are high and anyone looking to buy must do their due diligence, as many things can go wrong, which can impact the key outcomes that drive an area’s appeal and hence values.” 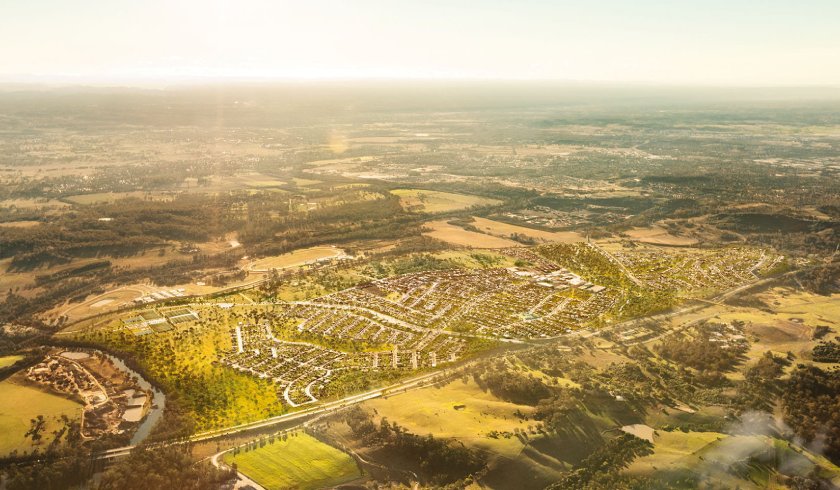 Last Updated: 11 June 2021 Published: 11 June 2021
share the article
Housing activity shifts towards investors
Why you may need to consider a non-bank lender