A new report revealed that coastal suburbs and regional towns had been the biggest gainers in terms of house price growth across Victoria, as Melburnians continued to seek out sea and tree-change hotspots. Rye took home the price growth bacon, seeing a staggering annual increase of 48 per cent and with the median cost of a home in the seaside suburb currently standing at $1,195,000.

Meanwhile, Mount Martha saw a 34 per cent annual increase, with the median price of a house in the bayside town reaching $1,870,000. Its upcoast neighbour Rosebud was not far behind, growing by 32 per cent year-on-year to reach an average house price of $851,121.

According to REIV president Adam Docking, the report proves that Melburnians are still on the move and looking to settle in lifestyle locations.

“The data reflects the theme of [an] ongoing migration to the regions, as we see more Melburnians seeking out a scenery change in coastal towns and regional cities”.

REIV also reported that the five-year growth streak continues in regional Victoria, with a 26.7 per cent annual increase, with the median house price now at  $595,000. In the last quarter, the sector also saw a 3.8 per cent increase, bringing the average price of regional houses to $625,000.

Meanwhile, regional units also continued to record gains, with the sector posting a 16.5 per cent annual increase with a median price of $410,000. On a quarterly basis, median prices for units and apartments rose by 1.9 per cent to an average of $418,500.

While regional Victoria continued to outstrip growth in metropolitan Melbourne, REIV noted that dynamics of price growth are shifting and moving back into a more balanced state.

Data showed that metropolitan Melbourne saw a 0.3 per cent quarterly decline in house prices to a median price of $1,121,500. Meanwhile, units and apartments saw a quarter-on-quarter decline of 0.9 per cent to an average of $684,000.

In the last 12 months, the annual median house price across metropolitan Melbourne rose 18 per cent from $932,500 to $1.1 million.

For the unit sector, several areas saw solid price growth while recording median prices under the $600,000 mark. This includes units in inner-city suburbs such as Docklands and the Melbourne central business district, with average prices of $555,000 and $580,000, respectively.

Commenting on the figures, Mr Docking said: “As expected the report shows the metropolitan housing market is stabilising but the fundamentals remain strong.”

He further noted: “The Victorian residential market has recorded strong growth for over two years and as supply catches up with demand, we can expect to see a steadier period.”

However, the head of the state’s peak real estate body underlined that while Melbourne’s property market is entering a period of stabilisation, both state and federal governments need to re-evaluate some of the fundamentals, including property taxes that form a significant part of the cost to acquire and maintain a property. 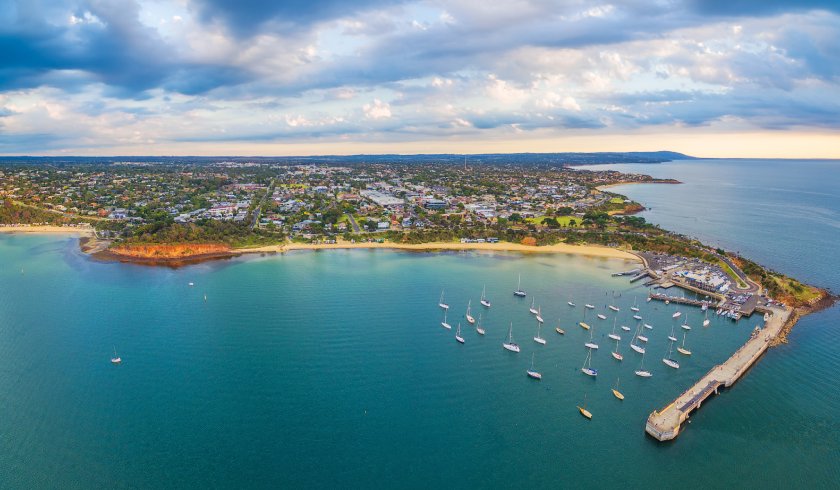