Australia’s property million-dollar club has continued to grow, as new research shows that more than one in five homes sold in the 12 months to March were snatched up with a whopping price tag of seven figures or more. 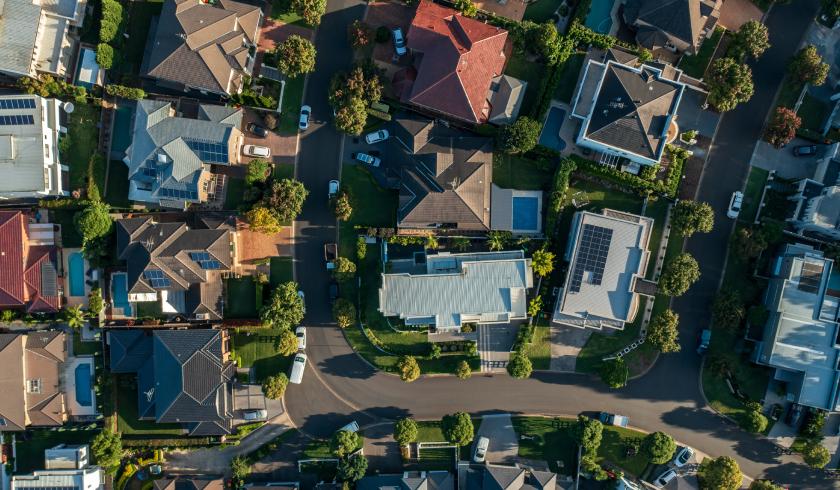 The latest report from CoreLogic showed that around 23.8 per cent of 596,733 property sales recorded over the year to March were valued at over $1 million or more.

In the year to May, the property data provider revealed that an additional 487 markets – comprised of 450 houses and 37 unit markets – have been officially welcomed to the upper-market club.

According to CoreLogic research analyst Kaytlin Ezzy, the country’s bullish economic and property run in the latter part of 2021 has driven both the volume of home transactions and the proportion of million-dollar sales to hit new record highs.

But while almost all capital cities and the rest of the state areas have enjoyed strong growth on an annual basis, the analyst highlighted that there is now a divergence in the growth conditions across the country.

“Since January, dwelling values across Sydney and Melbourne have started to decline, while values have continued to rise across South Australia and Queensland. More recently, Canberra, which had previously recorded many months of consecutive growth, recorded its first falls in dwelling values in some years in May,” Ms Ezzy explained.

And with the country’s housing market shifting into first gear – marked by the first decline in national property values in May since September 2020 – Ms Ezzy expects the initiations into the premier club to decline over the coming months.

To back her argument, the analyst cited that housing demand, transactions and national median values have eased gradually over recent months amid growing global uncertainty and affordability constraints.

“As the market moves into the downward phase of the cycle it’s likely a number of the recent entrants to the million-dollar list will see their median values decline below the $1 million mark,” she said.

However, the expert acknowledged that the days of prospective high-rolling property owners are not yet numbered, as more Aussies reach record-high household wealth in the latest quarter — giving them the capacity to be part of the prestigious club.

“Despite this, Australian household wealth hit record high levels at the end of the March quarter, driven by continued strength in the housing market largely driven by gains across the real estate sector,” Ms Ezzy stated.

Recently, the  Australian Bureau of Statistics (ABS) has reported that the total household wealth held by Australian residents increased by a total of $173 billion in the March quarter, reaching a record $14.9 trillion. Wealth per capita similarly hit a high of $574,807.

The report showed Sydney was home to 26.3 per cent of the new million-dollar markets during the 12-month period to May.

Data showed that 448 house and 104 unit markets in the NSW capital are now part of the prime real estate club, indicating an increase of 26.6 per cent from last year.

Ms Ezzy described the figures as “unsurprising”, given the city’s median dwelling value has sat above $1 million since May 2021.

BrightonBrighton, SA Brighton, VIC Brighton, TAS Brighton, QLD, located in Melbourne’s inner south, was the stand-out performer in the Victorian capital during the period. The suburb recorded the highest median sale price across the city at $3,778,312. Over the year to May, 34.6 per cent of sales in Melbourne had a price of $1 million or more, up from 26.5 per cent in the same period last year.

Despite the majority of smaller capitals lagging behind Sydney and Melbourne in terms of dwelling values growth on an annual basis, CoreLogic reported strong increases in the number of new entries in the million-dollar club coming from Brisbane, Adelaide, PerthPerth, TAS Perth, WA, Hobart and the ACT.

According to the report, Queensland’s relative affordability and strong interstate migration underpinned a surge in values, with Teneriffe maintaining its position as Brisbane’s most expensive house market at $2,873,947.

Adelaide also doubled the number of its million-market members, reporting 79 markets with a median house value of $1 million or higher during the period. Over the year to May, 13 per cent of sales recorded a sale price at or above seven figures.

Unley Park maintained its position as Adelaide’s most expensive house market, with a current median value of $2,129,770, indicating an increase in the average value in the suburb by around $420,000 from the year prior.

In Perth, 56 markets made the million-dollar list in May, up from 43 the year prior.

Data showed that nine out of the West Australian capital’s top 10 most expensive house markets were located in the city’s inner region, where Dalkeith recorded the highest median value at $2,965,588.

Hobart also welcomed new members to the property trophy club. Over the 12 months to March, 19.3 per cent of sales across the Tasmanian capital had a sales price at or above $1 million, up from 8.3 per cent last year.

Meanwhile, no markets across regional Tasmania recorded a median value of $1 million.

In the ACT,  52 house markets made the million-dollar list in May, more than twice the 28 recorded in the year prior.

And while no unit markets in the territory made the list, it should be noted that 62.7 per cent of ACT’s house markets have now entered the high-end market segment.

Last Updated: 28 June 2022 Published: 29 June 2022
share the article
The suburbs where tenants have it better than owner-occupiers
Why your commercial investment needs an exit strategy