The trend of buying real estate sight unseen is here to stay, as a new report revealed that one in four buyers is looking beyond their state lines to purchase a property. 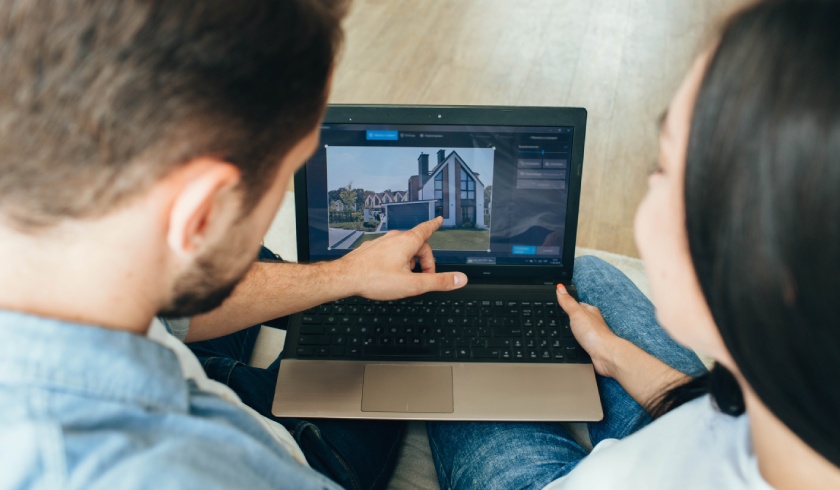 Data from Little Hinges revealed that out of 3 million virtual inspections tallied over a six-month period, interstate inspections represent 27 per cent of all property inspections around the country.

The trend of buying sight unseen has grown in popularity over the pandemic, as lockdowns and border restrictions led buyers to get creative when researching their next property buy.

In 2020, a survey by MCG Quantity Surveyors revealed that some investors have taken to buying properties an average distance of nearly 300 kilometres away, with only 6.9 per cent of Australia-based investors buying within their home suburb.

In a follow-up survey released in December 2021, data from MCG Quantity Surveyors showed buyers investing in locations more than 200 kilometres from home rose from 29.5 per cent in January 2020 to 44.65 per cent in November 2021.

And according to Little Hinges co-founder and chief executive Josh Callaghan, the latest data indicated that the trend won’t die down any time soon.

“We haven’t seen any drop in the number of interstate inspections since January, showing that the trend of buyers shopping outside their home state is here to stay,” Mr Callaghan said.

The virtual inspection platform noted that Queensland continued to be a favoured destination, particularly by those looking to exit the Sydney and Melbourne markets.

Data showed that buyers from the two biggest cities continue to lead the southern exodus, contributing to the one in three interstate buyers inspecting Queensland properties.

Buyers particularly zeroed in on the Gold Coast, which saw the most interstate inspections of any city, with an average of 42 per cent from January to June.

For comparison, Sydney sits at the bottom of the barrel with a six-month average of 10.28 per cent. Melbourne was also notably not a popular choice among interstate buyers, with a six-month median of 13.6 per cent.

Mr Callaghan predicted that as interest rates continue to rise and buyers continue to be priced out of big capital city markets, there will be a “continuation in the number of people looking to move interstate, particularly to Queensland”.

He noted that vendors in markets that were currently the darling among southern buyers have the upper hand regarding negotiations.

“Sellers who tap into the pool of southern buyers will be able to command higher prices, even as the buyer market continues to soften,” Mr Callaghan stated.

Despite these seller-friendly conditions, Mr Callaghan stated that vendors need to be strategic and use the available technology in order to get the best price for their property by tapping into potential buyers from the sight-unseen market.

From FOMO to FOOP: Unpacking the major shift in buyer sentiment