How developers are capitalising on foreign demand How developers are capitalising on foreign demand

It’s no secret that Chinese, Malaysian and Indonesian buyers remain attracted to the Australian property market because of our stable government, world-renowned schools, lifestyle plus the opportunity to grow businesses for some. Here’s how developers are making the most of that demand.

With 2017 fast approaching, the new year is a time to reflect — what worked, what didn’t and what to prioritise to ensure a successful year ahead. In the property industry, many developers are probably considering waiting until the first quarter of 2017 to launch their new projects to offshore channels and buyers.

1. The Asian market doesn’t sleep over the Christmas break
With no official holidays in China unlike Australia, the Asian buyer market is alive and kicking during Christmas and the first half of January. Friends, family and colleagues discussing what and where to buy property is how interest is generated in particular projects and momentum builds. Developers will want their brand and projects to be exposed to the market so they’re part of those conversations, while the topic is hot in the lead up to Chinese New Year.

Our general manager Asia, Karen Chau, says “The contrast between the Australian and Chinese property marketplaces at this time of year is dramatic; in Australia we are used to winding down from mid-December with many people on holiday for most of January. Here in Shanghai and Beijing, it’s the opposite. Our team is flat out keeping up with the level of enquiry we have from our Network Partners seeking new properties to fill their clients’ briefs.”

2. Numbers on side
Whilst we see increasing enquiry from Malaysian and Indonesian buyers, Chinese buyers are still the leaders in the purchase of international property. According to FIRB’s latest annual report, the value of approvals for foreign investment in Australian real estate increased 75 per cent last financial year to $61 billion, with Chinese investment accounting for around two-thirds of applications, so exposure to these cashed-up Chinese buyers is critical. Developers won’t risk missing out on potential buyers who have committed to projects they’ve already been shown, this side of Christmas and January, due to less competition, the numbers are still likely to be on the developers side.

The new year is the most important annually recurring festival for people of Chinese ancestry all over the world. It’s been celebrated for 1,000 years — possibly much longer — and the traditions involved are deeply ingrained in Chinese culture. For many, it’s a religious holiday, full of prayers, offerings and other acts of devotion. Real estate purchases are also top of mind for many people seeking new homes, fresh starts or investments. It is also known as ‘Golden Week’ by property professionals for this reason, given so many Chinese make purchase decisions during this time.

The months leading up to the Chinese holiday are an extremely busy time for Chinese brokers, trying to educate their clients and close deals before the break. However, after the holidays usually comes chaos from the buying side and many projects are vying for a piece of that action.

Historically, the Rooster is also the epitome of loyalty and punctuality. For ancestors who had no alarm clocks, the crowing was significant, as it could awaken people to get up and start to work – symbolic of developers who may need a jump start in launching their project and generating success with Asian buyers.

Jon Ellis is the CEO and founder of property network and management tool,... Read more

Read More
How developers are capitalising on foreign demand 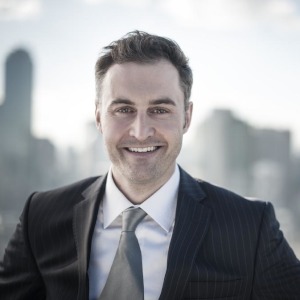 Last Updated: 04 December 2017 Published: 23 December 2016
share the article
Should you build a duplex to create equity?
When is the right time to talk to lawyers?