After representing Australia in the London Olympics last 2012, Ed Fernon is currently embarking on a brand-new venture of property development, hoping that the same commitment he has shown as a pentathlete will shine the same way in the vast investment landscape and ultimately help him succeed.

Coming from an almost entirely self-funded sports career, Ed did what he could to pool all his resources together in preparation for his property development journey – something that he admits was quite difficult to get through.

“I had very little money and was looking for that challenge. I was interested in property. I think property allows you to have some kind of control over your investment strategy. [It was] something that I was passionate about,” he said.

The athlete-investor recently purchased the former Katoomba Golf Club, which he describes as a “complicated deal”.

“That went through a tender process, I think some people overlooked the potential of that because that had the old golf club and the old clubhouse, which was absolutely spectacular, and it also had DA approval for quite a number of townhouse and development lots on the side of that. I was more interested in the development lots ... I also purchased the clubhouse, too, and [that is] going through a revitalisation at the moment."

Get to know more about the former Olympian’s transition from sports to property, and how – despite having no experience in development – his commitment and goal-setting psyche could enable him to make his aspirations a reality:

Tell us more about the property you are developing.

I’ve purchased all the land around the old golf course and then I have a lease. I’ve been given a lease from council who owns the actual course in itself, so we’ve got plans at the moment. We just put on the market 24 townhouses off-the-plan. We’re soon to be launching the new clubhouse—we’ve launched the whole development as Escarpments Estate.

All these townhouses border the old golf course and I had an opportunity to bring that golf course back to life. I’ve put in a driving range, which is the only driving range in the Blue Mountains. So, instead of fighting all the golf clubs currently there for members, I’m trying to work with them, get their members to come and use our driving range and our practice facilities. It’s very compatible in that way.

What experience have you had as a developer prior to doing this?

No experience. I had a bit of a vision of what I thought it would be and as I continue and progress in dealing with council and dealing with meeting people up there, one of the fortunate things I’ve [experienced] is to meet so many very passionate people who have come on board.

How has the progress been since you started developing the property?

I’ve got in particular [a] guy who’s come on board and wants to set up a gym up there. So he’s coming in to set up a gym in the former clubhouse. We’ve got this amazing space and [we can] put a number of businesses to revitalise that area—we’ve got a restaurant and function centre going in. We’ll have the gym, the driving range, [we’re] putting in pilates [and] you can now hire mountain bikes. This golf course has now turned into a park and it’s a massive lifestyle centre, so people are buying really a beautiful venue and have got all that benefit.

That’s all at my expense. So, I’m the one who’s maintaining the former course as now parkland, which is all to their benefit. I think a lot of people buy into these schemes with huge strata costs and huge community costs, whereas these are very, very minimal because that’s all my expense.

What stage through the project are you right now?

We’ve launched Escarpments Estate and we’ve got a great website that we officially launched last week, so they’re now selling off-the-plan and we’ve had a great inquiry rate come through there.

Who is your property’s target market?

Well, a lot of people who [still] want to have the open space. A lot of those blocks in the Blue Mountains are big properties so you still got that benefit being on site with the parklands, but it allows people to sell their house in the Blue Mountains, downsize into a townhouse.

Or for people in Sydney—there’s a lot of people who only work two or three days a week, need to be in the office, or they’ve sold their 2-million-dollar, three-million-dollar Sydney property, can buy a unit in Sydney and then move up to the Blue Mountains and have the best of both worlds, plus still put their money into super.

It gives a great opportunity for a range of different people.

You’re selling some off-the-plan townhouses attached to a wider block of facilities?

Yes. The clubhouse is right next door.

Will you create and own these businesses that you’re going to establish within the townhouse?

Well, I’m not naïve to the fact that I’ve got little experience in a lot of these areas. So what I’ve tried to do is partner with people who have got that knowledge and that experience.

I’m trying to get the gym operator to come in. I think a lot of commercial settings, it’s an unproven venue. There’s risk associated with that venue, so instead of just giving him a lease where I probably wouldn’t be able to get much of a return, I’ve said to him I won’t charge you any rent. And he comes in and then I’ve partnered with him. There’s still a lease in place, but it’s very much a profit-sharing model and there’s a lot of transparency over that profit-sharing model as well. I guess, in a way, I’ve been able to get as much as the upside as possible while helping him limit risk as well.

How have you gone about funding the initial acquisition of the clubhouse and how are you going to fund the subsequent development of it?

I went through a series of deals before this. I think it’s always a journey. Most of mine were option deals, and I’m also involved with Steele Associates who have been my architects and we’re doing another 14-unit development up in Warners Bay, which has been good. I’ve been going from one deal to the next deal, and this is not just a starting point. I’m probably about 12 to 15 deals in now, so on this one it’s been a huge investment. I’ve had to pull a lot of my resources from the previous deals and profits into this to make it work.

A lot of the banks and the major banks haven’t wanted to touch it because of the risk, even though I was able to purchase it well below replacement cost. They were only looking at a 60 per cent lend, which becomes a difficult situation as well. But with the townhouses, I’ve brought some investment partners on to work with that and we’ve got a great local builder who’s also involved in that development, so it’s certainly been a process putting all the people together and finding the right people.

What scares you about property development?

I think it can become very overwhelming at times, but just like when I was training for the Olympic Games and doing that, I get such a rush out of ... Like, that’s what I go to bed thinking about and I can’t wait to get up in the morning to sink my teeth in. There’s certainly no doubt some risks involved in that process but what I’m more focused on is the opportunities and the problem-solving.

What would be your advice for prospective property developers?

If I’d just started with this deal, I’m sure it would’ve been an absolute flop and I would’ve had no idea what I was doing, but I think the lessons I’ve learnt have helped to bring me to where I am now. Anything I don’t know I really try and find good amazing people in those areas to bring them in, become a part of my team—whether that’s a good mortgage broker or a good solicitor or someone to provide some really sound sales advice. I think that’s most important.

Tune in to Ed Fernon’s episode on The Smart Property Investment Show to know more about his whirlwind journey from a university dorm room, to the 2012 London Olympics, and on to a successful career in property development. 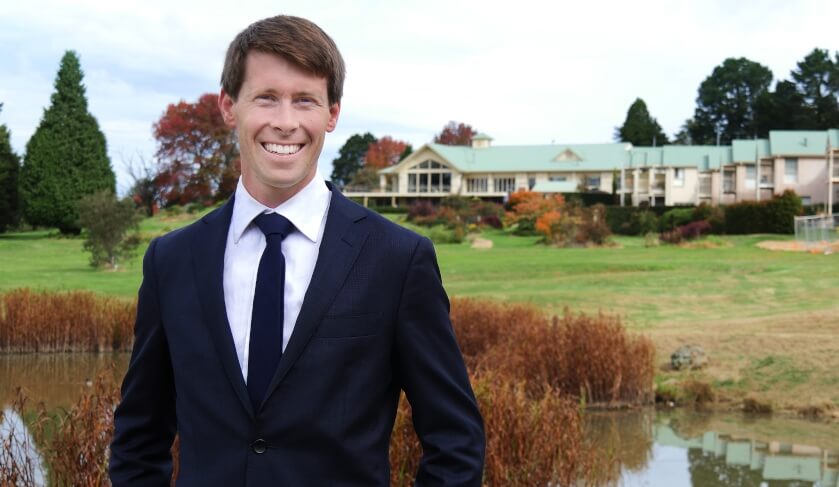