On top of the $1.73 million purchase price, Eric Brown has spent $78,300 in holding costs and $17,500 in professional fees to continue holding his Lilyfield-based warehouse after the council rejected his development application, but he’s not planning to give it up anytime soon.

The property investor admits that the rejection came in unexpectedly, especially knowing that he and his team have spent time addressing all possible issues as discussed in pre-DA meetings with the local council. However, he believes that there’s light at the end of the horizon, and while the journey will be tougher, he remains confident that he will succeed in the venture once the council approves his development application.

According to him: "[Considering the] amount of money I've spent on it, I think it would be kind of silly to give up ... I'm ready to keep fighting.”

One of his biggest struggles now is finance, but instead of selling the warehouse, Eric is considering selling other assets in his portfolio—a strategy that will go against everything he’s been planning for the next decade. It’s a difficult decision to make, but he’s willing to make the sacrifice if worse comes to worst.

Eric said: “We're doing something against the flow of the stream … [It’s] very difficult to try and mentally accept that decision, but [I’m] on it now … [If] we end up running out of money, then we’ll sell another asset and carry on the fight.”

“Some of the other development residential developments we've done, we've already made our money … The yield is fantastic and its cash flow is good.

“We'd be silly to sell out of a property that we hadn't extracted the most value out of and keep another one—that’s [the] philosophy anyway,” he explained further.

Prior to this development project, Eric has already done development projects which contributed to the growth of his property portfolio. Despite knowing the hardships that come with developing a property, he did not expect that turning a timber warehouse to a multi-unit residential property would be as challenging as it has proven to be.

One of the main issues he’s had to face is getting approval from the local council, who rejected the application based on the belief that the project will not be complying with the adaptive reuse policy. The other one, which has admittedly affected all aspects of his life, is acquiring finance.

According to the property investor: “It's the underlying vortex that's sucking me under every single minute of the day when I'm spilling this money into this project.”

“I think, if I didn't have that financial strain, I'll be cruising through this … The road's a bit lumpy and I've got this whirlpool underneath me sucking me down, which is just bleeding me dry in terms of funds—[it] really does amplify your risk,” he added.

Eric plans to have the local council reconsider their decision and approve his development application so he can get a new finance facility and, thereby, continue growing his property portfolio. He has recently lodged a Section 82-A, which is an appeal to review and reconsider a city council’s decision.

The property investor shared: “We're now on notification period, which goes for roughly two weeks … It's been allocated to an officer … [who is] different from the original town planner from the council who made [the] decision to start with.”

“People in the suburbs can put in ... submissions either supporting or not supporting the development application … The last time we [were] notified, there were zero negatives and two positives.

“Being open and honest with your neighbours … [is] a really smart strategy right from the get-go … If you don't have them on board … it'd be another hurdle to jump a lot harder,” he added.

Eric’s long-term plan is to create a multi-unit residential property that will stand the test of time and provide an income stream for him in the years to come, instead of building 24 sq m boarding houses just so he could squeeze the asset for all its worth.

In their rejection letter, the local council recommended that Eric and his team knock down the warehouse and build two cottage-style fronted houses to make use of the private open space in the back. He believes that this suggestion is not as “environmentally sensible” as his first plan and it may not turn out to be as beautiful as well.

According to him: "Why would you rip these beautiful timbers, hardwood beams, and bearers? They're fantastic … Why would you throw them in a landfill … ? It's just illogical to me. It doesn't make sense.”

“It may not stack up in terms of feasibility. It might get left there as an ugly duckling warehouse,” Eric explained further.

In two months’ time, Eric hopes to get some funding sorted out to be able to continue with the venture.

He said: “If I do get rejected with the 82-A, I'll take them to the planning panel and, [hopefully], have a positive outcome from that.”

At the end of the day, Eric’s vision remains: Turn the $1.7 million-warehouse into the “coolest warehouse in Sydney” by building exceptional units for young professionals, then pass it on to his children as a generational asset.

Eric’s confidence stems from the fact that the property’s location is ideal for an investment and the type of property that he wants to build caters to a big demographic. The warehouse is close to the central business district and the area’s big blocks of land are attracting growing families originally from the Inner West and the Eastern suburbs, where space isn’t quite enough and the prices have been going up.

The property investor said: “[People are] looking for other alternate areas that are close to the city with good lifestyle and good amenities.”

“There's not too many of them around … They're pretty funky [and] people want them. There's obviously a lot of interest [and] there's a scarcity factor around them. If you do it well enough … people just want to be in that type of space,” he added.

Smart Property Investment’s Phil Tarrant believes that Eric’s journey proves that property development is not for the faint-hearted. Aside from the financial capability, you need to have the necessary mental and emotional strength in order to succeed in the venture.

“Without high risk, you don't get your great reward … You just got to be ready for it, I think. That's the whole message—just be ready,” Eric concluded. 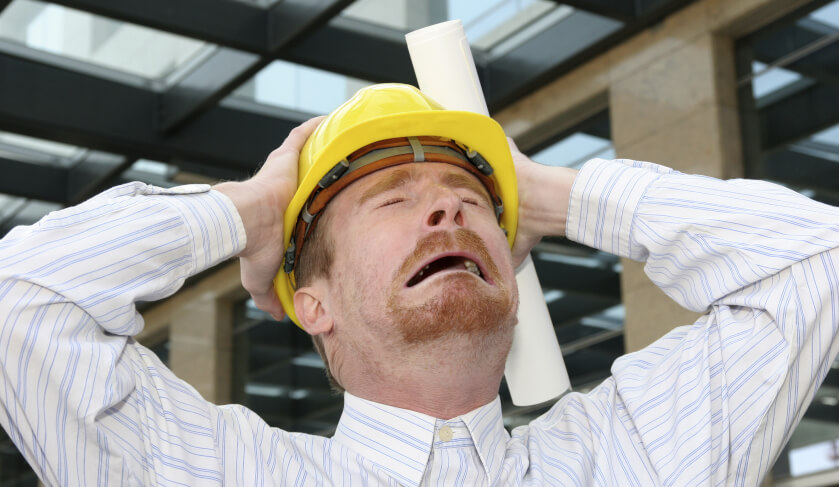