Property investor Eric Brown purchased a two-storey warehouse in Lilyfield for $1.73 million hoping to develop it into a multi-residential unit, only to have his development application rejected.

Many investors are attracted to the glamour of property development, but with great rewards come great risks and challenges.

Despite Eric’s preparations through pre-DA meetings and consultations with property professionals, the Lockhart Council ended up rejecting his application to develop the warehouse.

He said: “I'm okay. I won't say I'm brilliant … [but] hindsight is always a wonderful thing and [it’s] easy to achieve … Unfortunately, there's no crystal balling in today's world.”

On top of the $1.73 million purchase price, the property investor is also paying $8,700 in holding costs per month—a total of $78,300 since the property was purchased last June.

“[I’m] under a bit of stress, to be honest … [The] financial stress … [is] affecting all aspects of my life,” Eric shared.

The 50-year-old warehouse was put on the market after the previous owner tried to proceed with development without the council’s approval. In order to avoid the same fate, Eric and his team made sure to consult the local council from the very beginning.

According to the property investor: “We went to speak to council about it, and [the] council said that they'd support as long as we put in a DA for [a] change of use—going from a commercial to a residential property.”

“In theory, there [were] no objections from [the] council on behalf of doing the multi-residential unit development. Initially, we were trying to push … [building] three units on the block, which is [an] adaptive use of the existing structure.

“We went to a pre-DA meeting and [the] council advised us that … our application [will] be seen as more favourable if we went back to two [units], which we did … [then], we submitted,” he added.

The rejection came in as a surprise four weeks ago since Eric and his team made sure that the development plan abides by all the guidelines set by the local council.

Eric currently finds it hard to get finance since the approval to convert the warehouse to a residential property was rejected.

“In theory, [the] council said they wouldn't object to that because of the zoning the land was in, which is multi-unit residential,” he explained.

Aside from more than $78,000 worth of holding costs, the property investor also spent on lending and borrowing fees as well as professional services fees.

Prior to the auction, Eric got a written pre-approval from a lender saying that “if we were successful at this auction, they would give us funding at 6 per cent for a commercial line for this property.”

“We extended the settlement period to 12 weeks thinking that was well and truly enough time to get this organised,” the property investor said.

The changes from APRA came in and banks started to be more strict about their lending policies—around four to six weeks before the settlement of Eric’s property. As a result, the deal fell through. Eric and his team have to look for another means of funding.

“We had to go to a different lender, more of a mezzanine-style lending, to get that approved. Otherwise, we would have lost our deposit, which was quite substantial,” he said.

Eric’s reminder to property investors: A written pre-approval is never a guarantee. After the frantic chase to get funding, the property investor and his team were able to secure finance at 10 per cent instead of the former 6 per cent.

Despite all the challenges that he’s had to face, Eric is positive that the development will push through. In fact, his team has already put in a Section 82-A to challenge the council’s decision.

The property investor and his team of professionals are currently spending time revising paperwork and reports to support their argument.

“That's been a further $17,500 in terms of architect fees and design fees and consultant fees just to get to a point where we can now submit a Section 82-A,” Eric said.

Should the argument be rejected, he plans to take up the matter to the Land and Environment Court. Once the development application is approved, the property investor hopes to get off the loan or shift to a cheaper loan in order to have a successful build.

According to him: “We've had to jump through a few little hoops with reborrowing against our principal place of residence to try to draw a few funds out of that to tip it in, then mucking around with different scenarios to try and find that money from wherever we can, however we can.”

“Budgeting is a new hip craze word in our household at the moment,” Eric added.

His final advice for property investors looking to develop: Be ready for all the challenges ahead.

Prior to this application, Eric has already finished a couple of development projects, but his experience did not guarantee his success this time around.

He said: “I'm in the game … It's not my first development, but gee whiz. Things often don't go to plan, and when they don't, you've got to make sure you [have] a risk appetite for that.”

“You [will] watch your bank account going backward and down and [it will] put [a] strain on all sorts of other aspects of your life.

“Without high risk, you don't get your great reward … You just got to be ready for it, I think. That's the whole message I'm trying to tell,” the property investor concluded. 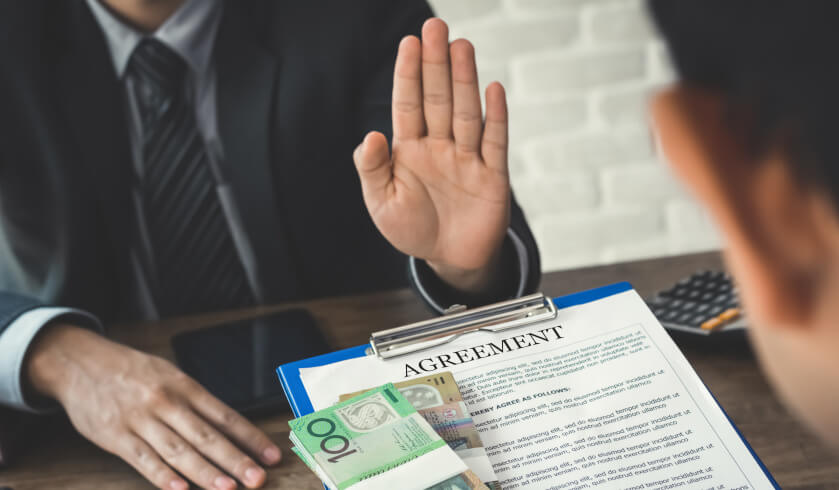