With the populations of Australia’s major cities exploding, a shift to apartment living was always going to be essential to prevent urban sprawl from becoming unmanageable.

Traditionally, Australians have been resistant to apartment lifestyles, but that’s changing as apartment buildings become more advanced, and the infrastructure around them – shopping and recreational facilities – makes such lifestyles ever more convenient and appealing.

From the end of 2000 to now, there have been more than 667,000 apartment buildings, flats or units built across the nation.

There are issues with the environment around apartment buildings in Australia, with 97 per cent of buildings between 2003 and 2018 featuring at least one defect, but this has not stopped the cranes coming in, and the skyline filling with increasingly tall buildings.

In fact, the appetite for apartments is almost too much, with oversupply now becoming a problem in some areas. Sydney’s notoriously expensive housing market is leading to more people looking for rental apartments than ever, but heavy investment in apartment building (with over 30,000 new multi-unit dwellings in the last year alone) is making it difficult to fill all available property – in 2019, rental prices dropped as much as $100 per week in an effort by landlords to find tenants. Furthermore, Sydney has such a strong pipeline of additional units and apartments ahead of it that this trend is not likely to reverse soon.

Melbourne’s property market, on the other hand, is being propped up by the growth in apartment buildings. In those areas of Melbourne where the median prices of property have risen over the last 12 months, a full 79 per cent of those are apartment markets. With Melbourne having gone through a post-boom downturn, this reversal being driven by apartments shows a shift in living expectations and demand in the city.

In Australia’s smaller cities, such as Adelaide, apartment living is also a growing trend, albeit at a slower rate to the more traditional single-unit property market. Interestingly, new apartments in Adelaide average the highest area across all capital cities at 152.3 square metre. Through 2020, unit values are expected to increase by 1.1 per cent, while house values will increase by 5.1 per cent. The smaller capital cities have not had the kind of property booms that the major capitals have. However, price inflation for single-dwelling houses has not priced them out of reach to the same extent, so this is less an indication of a weak demand for apartments as it is an indication that markets such as Adelaide will trend in the same direction as the major cities in the years ahead, as the market catches up.

The biggest issue that the Australian property market faces, with regards to apartments, is the issue of defects.

Extreme cases – such as that of Olympic Park’s Opal Tower, which led to the eviction of residents after 51 units were deemed unsafe – are the ones to make the news, but as mentioned earlier, almost all apartments built in Australia have defects.

Across Queensland, NSW and Victoria, the five most common examples of defects are:

2)    Cracking to internal or external structures (42 per cent)

These issues can have a dampening effect on the enthusiasm that people have for buying apartments, particularly under the knowledge of how frequent the problem is.

While this is an issue that needs to be solved – and Australian state governments are looking to tackle the problem with legislation – the benefits of apartment living for the modern Australian are too significant for the overall interest in apartments to change course.

In addition to the convenience, with apartments generally located within easy reach of public transport and CBD areas, there are a host of other benefits to apartment living that make it a sound lifestyle choice for an increasing number of Australians. Living in an apartment requires less maintenance on the part of the owner or tenant. Much of the maintenance work falls under the responsibility of the body corporate, which can be both a significant time and money saver.

The benefits of apartment living

Apartments increasingly have common areas for residents, which enhance the value of the space. Swimming pools, communal barbeques, gyms and security systems are all common amenities that have the added benefit that they help to foster a sense of community throughout the building. Finally, the costs of heating, cooling, water and electricity can all be mitigated to an extent in the way that billing for these utilities is handled for multi-tenant buildings.

The signs are that the market for apartments is going to be a challenging one for investors in Australia for some time to come. Defects and the overproduction of space is putting downward pressure on prices. At the same time, however, there is a decided shift away from the traditional “Australian dream” in which a family will own a house.

The convenience and lifestyle “value-adds” of apartment living have kickstarted an irreversible trend across the entire country. 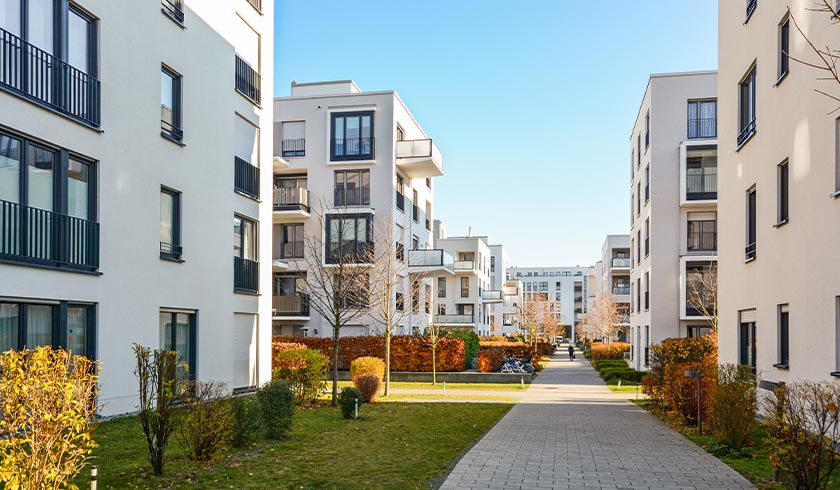