New figures have shown just how much of a squeeze low housing construction numbers had on the national economy last year. The Housing Industry Association (HIA) has noted the slowdown in home building as a “significant” reason why the national economy recently slowed to a stall.

Despite the dismal numbers, the sharp contraction that’s been recently felt by the Australian housing construction industry has just about run its course, the HIA predicted.

It expressed the belief that there’ll be an uptick in new construction to coincide with the overall housing market’s turning point that occurred at the end of last year, which was buoyed by interest rate cuts and house price growth.

But despite the promise of a better year, the HIA does not believe any boost will see a return to the hive activity of the boom years of 2014 to 2018.

HIA chief economist Tim Reardon weighed in, noting that “these years set a record that will not be eclipsed in the foreseeable future”.

“Population growth has pulled back from previous heady days but has nevertheless remained relatively strong, just shy of 400,000 people per annum,” he commented.

“This steadier rate of population growth along with much of the underbuild, now largely worked down, means the pressure for new builds won’t reach the same fever pitch.”

Calling the anticipated recovery a “very modest affair”, Mr Reardon said that at best, “this next cycle will see the current rate of home building maintained”.

To pull out of such a maintenance cycle, Mr Reardon said a strong national economy would be required.

But unfortunately, “international factors are likely to impact on the volume of home building in Australia over the medium term”.

According to the chief economist, the effects of trade and tourism restrictions with China are posing a material downside risk to forecasts.

But with factors also still emerging, they have not yet been able to be factored in.

“If the impact on tourism and trade is short-term, and if the Australian government’s infrastructure projects do finally flow through to work on the ground, then Australia will continue its record run to 30 years of continuous economic growth,” Mr Reardon advised.

According to HIA Economics, such dynamics are expected to weigh more heavily on multi-unit rather than detached house construction.

It’s forecasting the housing industry to commence construction on just 75,750 multi-unit homes across the 2020-21 financial year – compared with the boom years where nearly 105,000 multi-unit homes were being built each year.

During the previous boom, the industry was commencing construction on an average of nearly 117,000 detached houses each year.

Read More
Boost to home building won’t be a boom 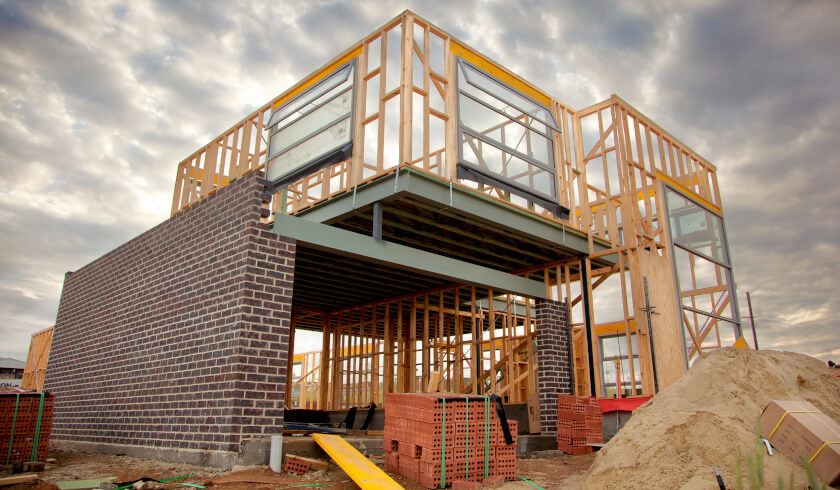