Interest rates, house prices and why we’re living through the greatest period in world history!

Interest rates, house prices and why we’re living through the greatest period in world history!

Each week I review numerous sources from housing reports to news coverage to uncover trends within Australia’s property markets. This week I’ll be focusing on the RBA Monthly Meeting results, housing prices updates and more.

Interest Rates:
Firstly, the most common question we have received through this week at Property Club, has been about what interest rates might or might not do!

So what does that tell us about what interest rates will do the next few years?

Don’t just take my word for it, the Chief Economist of Westpac, Bill Evans responded to the results of the RBA meeting this week, (in part) with the following comments:
•    As expected the Reserve Bank Board decided to leave the cash rate unchanged at 2.50%
•    The Bank is clearly careful to emphasise that there is no case for higher rates
•    Westpac has been anticipating an extended period of steady rates. This scenario is now confirmed in the Governor’s following statement; We do not expect rates to be lowered before the second half of 2014 when many of the apparent puzzles in today’s statement will be resolved. Our current view is for a move in august to be followed up with a further move later in the year.

There you have it, clear and logical. Now let’s see what the year brings!

Housing prices:
To begin with a positive; house prices increased over the past year - nationally, being up around 10%.

This has provoked discussions about fears that house prices could be going too high, too quickly.  Of course in pockets around the countryside, there are areas where first home buyers will struggle to get into the market. However, as you will see from the graph below, house prices nationally are only 4% above their previous peak, with PerthPerth, TAS Perth, WA and Sydney the only cities to be above.

The graph is logically showing that house prices are not increasing at a crazy rate, as when put into perspective with history, they aren’t that much over the long-term rate, with the obvious exception being Sydney.

And then, the increase in housing loan approvals over the past six months has prompted the following comments from St George economists Hans Kunnen and Janu Chan;

“Residential investment should make a solid contribution towards economic growth in 2014.”

•    “The upswing in the economy continues to unfold, although the only moderate levels for expected employment and capital expenditure suggest a fully-fledged upswing may still be a few months away,” said Stephen Koukoulas, Economic Adviser to Dun & Bradstreet
•    For the RBA, the Business Expectations Survey is good news. The economy is clearly responding to an easy monetary policy and the lower Australian dollar 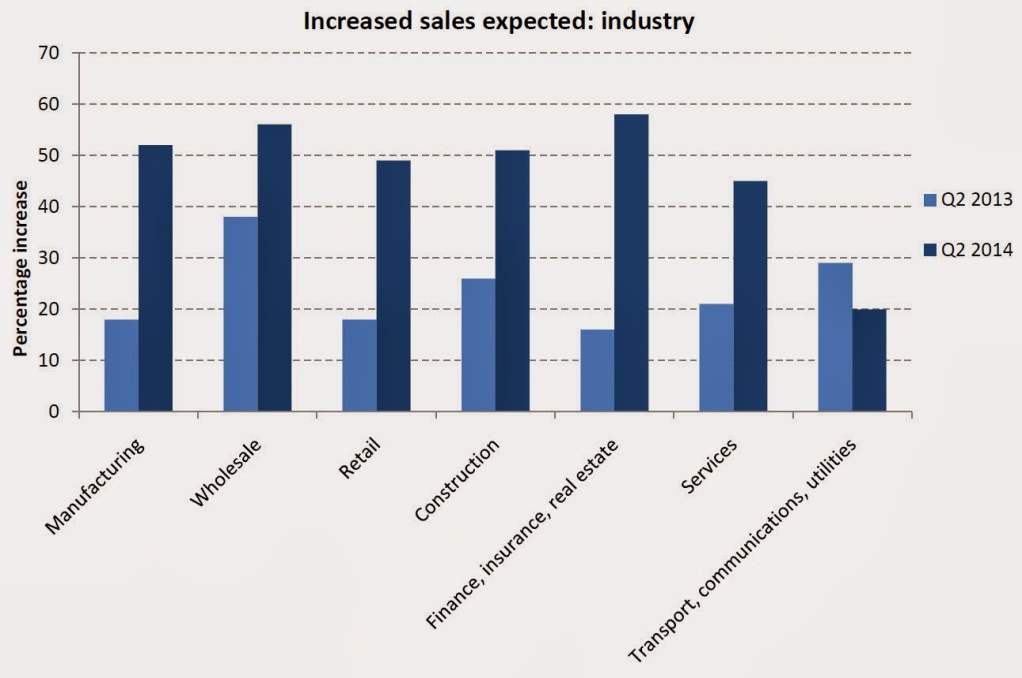 If you have specific questions related to property markets, or want to learn more about the fundamentals of property investing, please email me directly!

Troy Gunasekera is the National Manager of The Property Club, Australia’s largest independent property group guiding members of all ages to become financially independent through investing in property.

With his wife, Troy has an impressive portfolio of properties worth over $5m diversified across Australia. His own investments are the result of his continual research into the latest developments in property finance, interest rates and property markets Australia wide.