Rates are at record lows, but they're not expected to stay there much beyond mid-next year – so investors need to consider their options very carefully.

It is often wise to go through a broker but whether a broker is used or the borrower goes straight to the lender (automatically limiting their choices and what may be best for them) they must make their own decision on whether to fix their rate or have a variable rate.

Borrowers can obtain a fixed rate at 4.99 per cent for five years. Variable rates can be down to 4.63 per cent or lower if negotiated on a larger loan. Given the commonly held belief that rates will go up with the next change (whenever that is), many believe fixing is the way to go, likewise, many people like the flexibility of knowing they can inexpensively move to a different lender should they want to and it is not cheap to do so when on a fixed rate.

Often, it may be considered handy to have part of the loan fixed and part variable, hedging the bet as it were. Whether it is wise to fix for five years or one, without the benefit of hindsight, it is difficult to say.

Fixed rates
Loan repayments will not change during this fixed-rate period. Many people have complained about break costs when leaving their lender, or wanting to reduce their interest rate. Let’s not get confused between break costs and breaking a fixed-rate term. Break costs were abolished in July 2011, so lenders cannot charge deferred establishment fees/ mortgage discharge fees on loans entered into after that date. This used to be a percentage, based on how long the individual has been with the lender. Administration fees still apply though when discharging. If a person attempts to exit a fixed-rate loan, they will usually pay heavily to do so — and this is quite fair.

Individuals obtaining fixed-rate loans want to have their repayments remain unchanged for a period, maybe because the rate they obtained was good, or maybe they just want the comfort of knowing what they have to pay every month. This is a contract they enter into. You cannot break your agreement and decide that you don’t like it anymore (especially just because interest rates are going down further.) Fixed rates are good if variable rates are increasing, but are not good if variable rates are coming down. You are gambling when choosing between fixed rates and variable rates, and it is a gamble you need to live with if it is a fixed rate you want. If it’s a variable rate you want then you can always fix it later.

Variable rates
Variable rates are affected by how greedy the lender is. They may have a front-end rate and a back-end rate (ie. if you are already a client, the rate on your loan may not be as low as the rate the lenders offer to new client) Lenders change the rate independent of the RBA in regards to the amount, more so than the timing.

In summary:
Brokers cannot advise as to whether you should fix your rate and it is unfair for them to be expected to. I know some consumers try to avoid taking responsibility for their actions and want someone else to make the decision for them, meaning they have someone to blame if it does not work out. Unfortunately for that type of individual, they must make their own decisions. This decision can be made easier though, with a good broker.

A good broker will have an understanding of the market, the economy, and what the media and different economists are saying. The broker will share that knowledge with their client to then help the client make a more informed decision.

Finally, it may be a good idea to have part of the loan fixed and part variable, but it is important to discuss this with the loan provider, so the differences, both good and bad can be considered.

Andrew Crossley is a property investment advisor and property advocate and the founder of Australian Property Advisory Group, specialising in representing the buyer not the seller. He is also the author of the #1 International Amazon Best Seller ‘Property Investing Made Simple’ comprising of the 7 key tips to reducing property investment risk and create real wealth. (Busybird Publishing, $24.95). For more information visit... Read more

What is research and due diligence?
Read More

Sorting the spruikers from the specialists
Read More 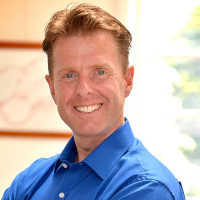