Rates to rise on investor loans

Property investors are likely to be charged a higher interest rate than other borrowers as the prudential regulator looks to curb investor lending and rebalance the mortgage market. The consensus among senior banking figures is that APRA will target the investor segment – which now accounts for 50 per cent of the mortgage market – by implementing higher risk weightings for investor loans.

This implies higher capital ratios and higher interest rates for investors, which will dampen the investor segment, according to RP Data research director Tim Lawless.

Speaking at the Australian Securitisation 2014 annual conference in Sydney this week, Mr Lawless said emerging risks are becoming increasingly apparent in Australian housing, with one of the key dangers being the level of investment in the marketplace.

“There was a level of exuberance that existed in the US market prior to the GFC,” he said.

“We are starting to see that exuberance here in Australia via the amount of investment we are seeing in the marketplace. Excluding refinancing, investors are now 50 per cent of the overall mortgage market, and getting close to 60 per cent in Sydney.”

“For a long time they have thought that they are not the best tool because they tend to affect first home buyers the most and owner-occupiers and investors are less affected, so that is not going to be a good tool to use when it is investors who are driving the strength in the market,” Ms Emmett said.

While interest rate buffers could double from 200 basis points to 400 basis points, the most targeted curbs would be to increase the risk weighting on investor loans, she said.

“What that essentially would mean is that you would see a higher interest rate for investor loans.

“They have also talked about targeting geographies but there would be difficulties with that.

“I think really what they are looking at are targeted measures, because this isn’t an overall property bubble in Australia,” Ms Emmett said.

CBA securitisation analyst Tally Dewan pointed out that both the RBA and APRA have repeatedly said there is no empirical evidence to suggest that macroprudential tools actually work.

“However, at the senate committee the RBA did say that it is in talks with APRA about possibly implementing tools.

“Any interest rate buffers or risk weights applied to investor loans would be their likely choice,” Ms Dewan said.

Lending curbs are likely to be announced after the Financial System Inquiry’s final report this month, she added.

The last time Australia experienced this level of investment in the housing market was back in 2002/2003.

Now, increasing debt levels are adding fuel to the fire.

Household debt to disposable income is now close to 140 per cent, a record high, according to Mr Lawless.

He observed that gross rental yields are being squeezed, capital gains are peaking, and there is a real risk that investors will begin to flood the market with stock once rates start to rise.

“When we start to see interest rates rise, which they will eventually do, the big question mark is going to be how all these investors respond to a higher cost of debt at a time when rental yields are relatively low across most Australian dwellings and the capital gain curve is now very mature,” he said.

“While we are seeing 50 per cent of investors in the marketplace, we are also at a time when gross rental yields in Sydney and Melbourne are generally around the 3.5 to 3.8 per cent market.

“With so much investment in the marketplace, the risk is we may start to see investors selling their stock en masse as interest rates start to rise and they realise that the prospects for capital gains probably aren’t great and their cash flow, due the low yield environment, isn’t looking that positive either.”

The two-tiered property market, where speculative investing is largely contained within the Sydney and Melbourne markets, presents a challenge to regulators.

However, AMP Capital chief economist Shane Oliver agrees that the most targeted approach would be to increase investor borrowing costs.

Measures that would force banks to either put aside more capital for loans to property investors or impose tougher tests when granting loans are most likely, Mr Oliver said.

“We expect to hear more on these measures in the months ahead,” he said. 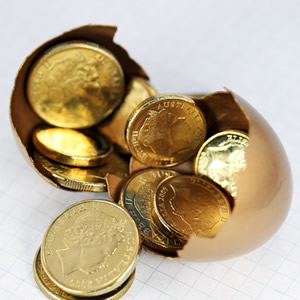