The Reserve Bank of Australia is almost certain to leave interest rates on hold at tomorrow’s monthly board meeting. All 37 economists and industry observers surveyed by finder.com.au predicted that the official cash rate would remain at a record-low 2.5 per cent for the 16th consecutive month.

The respondents included experts from ANZ, Commonwealth Bank, NAB and Westpac, as well as Domain, LJ Hooker and Raine & Horne.

All but two of the 37 respondents said the Reserve Bank would eventually change the cash rate in 2015, with 34 saying the next move would be up, three saying down.

Independent market strategist David Scutt from Scutt Partners told finder.com.au that a rate cut was likely to happen in early 2015.

“The Australian dollar remains overvalued, labour market conditions are soft, key commodity export prices have continued to decline and the economy is expected to grow below trend until at least 2016,” he said.

“With house price appreciation slowing and targeted macroprudential tools still a strong possibility, if current domestic and international economic conditions remain subdued, the Reserve Bank will have little to prevent them easing early in the new year.”

“The Reserve Bank is very slow to acknowledge the subdued nature of the economy at present, and has an unhealthy obsession with Sydney house prices,” he said.

LJ Hooker chief executive Grant Harrod said the rate of house price growth had begun to slow due to an increase in listings.

“We expect house prices to rise due to ongoing demand and low interest rates, but prices will rise at a slower rate to that recorded over 2014,” he said. 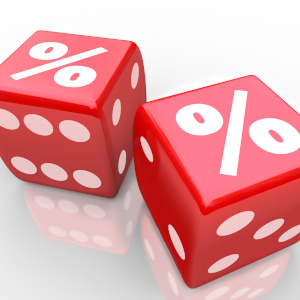