Cash rate could continue to fall

Despite near certainty earlier in 2014 that the next cash rate movement would be an increase, speculation is mounting that the RBA will make at least one rate cut in 2015. Ahead of the September cash rate announcement, all but two of the 25 economists, experts and commentators surveyed by comparison website finder.com.au said rates would rise in 2015 – with 10 forecasting rates would rise in the first half of the year and 13 in the second half.

Now, some are reassessing their forecasts.

“While lenders are competing harder to lock in borrowers with a fixed home loan, the finder.com.au monthly Reserve Bank Survey shows that we can expect to see interest rates rise to a new normal level of 150 basis points higher from next year,” she said ahead of the August rate announcement.

“Most of our experts believe the cash rate won’t reach the historical average of about five per cent, but rather reach around four per cent, which is 150 basis points above the current cash rate of 2.5 per cent.”

At the time, AMP senior economist Shane Oliver agreed with these sentiments and signalled that the next movement would probably be a rate hike “around the June quarter”.

A recent slowdown in national income, and subdued confidence, however, has many reassessing their earlier predictions. Mr Oliver now believes the next movement by the RBA will be a cash rate cut.

“For Australia, non-mining activity is likely to continue to pick up pace, but in the face of falling national income and subdued confidence, this will likely require further monetary stimulus in the form of a lower Australian dollar and a further RBA interest rate cut,” he said in his recent ‘Review of 2014, outlook for 2015’.

“If this occurs, then improving conditions in sectors like housing construction, consumer spending, tourism, manufacturing and higher education should see GDP growth move up to around three per cent. At the same time inflation is likely to remain benign.”

Mr Oliver said he now expects the RBA to cut the cash rate to 2.25 per cent early in the year, with a 50 per cent chance of another cut in the June quarter. 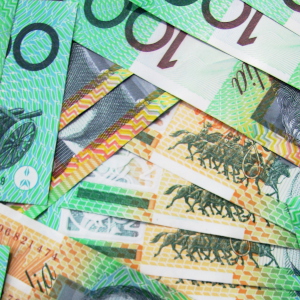