The Reserve Bank of Australia has discussed the possibility of a rate reduction in 2015 but still believes "a period of stability" is the best course.

The board decided at its monthly meeting on 2 December to leave the official cash rate at a record-low 2.5 per cent for the 16th consecutive month.

According to the minutes of the meeting, which were released yesterday, the board felt that the current cash rate setting was the best way to stimulate sustainable growth while keeping inflation between two and three per cent.

"Members considered that the most prudent course was likely to be a period of stability in interest rates," the minutes said.

"They noted that market expectations implied some chance of an easing of policy during 2015 and discussed the factors that might be producing such an expectation."

Westpac and NAB recently forecast that the cash rate would fall to 2 per cent in 2015: Westpac expects expects cuts in February and March, while NAB expects cuts in March and August.

One factor that might prompt the Reserve Bank to reduce the cash rate is the high Australian dollar – and the minutes noted that this was a concern of members.

"Despite the depreciation of the exchange rate, the Australian dollar remained above most estimates of its fundamental value, particularly given the significant declines in key commodity prices over recent months," they said.

"Members agreed that further exchange rate depreciation was likely to be needed to achieve balanced growth in the economy."

Board members agreed that very low interest rates had been supporting activity in the housing market, which in turn was expected to support consumption, according to the minutes. 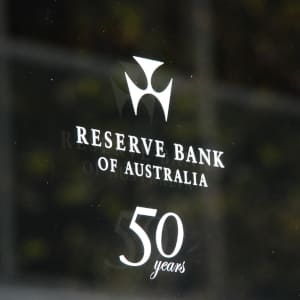