The Domain Group national vacancy rates for houses and units combined fell to 2.2 per cent, down from 2.4 per cent in December.

All capitals reported a fall in vacancy rates with the exception of PerthPerth, TAS Perth, WA, where the rate was steady despite seasonal effects.

Sydney recorded tight vacancies across the board with houses sitting at 1.8 per cent and units 2.2 per cent.

Perth reported the highest vacancy rate for houses at 2.4 per cent, while units were 2.9 per cent.

Hobart had the lowest vacancy rates for houses at 1.0 per cent and units were 1.7 per cent.

Canberra’s vacancy rate for houses was 1.3 per cent and units were reported at 3.6 per cent.

“[However], an underlying shortage of house rentals is set to remain in all capitals with the exception of Perth,” Dr Wilson said.

“High levels of new supply of inner-city apartments in some capitals will continue to keep vacancy rates higher for the unit rental market with the prospect of some relief in rent growth for tenants.” 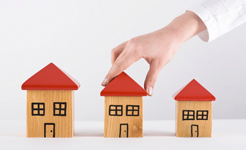