National vacancy rate to rise in 2015

Figures released by SQM Research show there has been no annual change in the national vacancy rate, despite a slight drop over February.

However, there was no annual change compared to February 2014. The vacancy was also 2.2 per cent with the number of vacancies at 60,330.

Over the year to February 2015, Canberra posted the biggest yearly decline in its vacancy rate, from 2.1 to 1.6 per cent.

SQM Research managing director Louis Christopher said this was reflective of the relatively strong jobs market in Canberra, with an unemployment rate of just 4.5 per cent compared to the national rate of 6.3 per cent.

Modest falls were also posted in Melbourne and Hobart.

Mr Christopher said the increase in vacancy rates reflect the impact of the commodities downturn.

He said this is weighing on employment and property markets in Western Australia and the Northern Territory.

“Vacancy rates in Darwin and Perth will probably keep climbing through 2015 and could edge up nationally if the jobless rate rises further,” he said.

"Nationally, a continuation in below-trend economic activity will likely push the unemployment rate up towards seven per cent, which will ultimately work to keep a lid on vacancy rates and rents in other capital cities.” 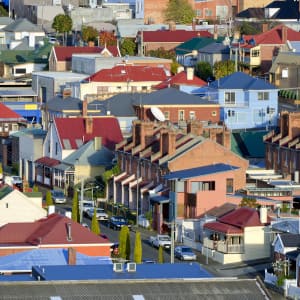 Last Updated: 22 December 2017 Published: 19 March 2015
share the article
More rate cuts could be on the cards
Is it time to split your loan?