The cost of money could be set to fall further, with one economist predicting the Reserve Bank will continue to cut the cash rate throughout the year. The Reserve Bank will be under pressure later this year to cut interest rates further should the housing sector experience a downturn or non-mining investment remain stalled, BetaShares chief economist David Bassanese has forecast.

He predicted the official cash rate will end the year at 1.5 per cent and the Australian dollar will sink to US68 cents.

According to Mr Bassanese, the monthly level of home building approvals is already near previous cyclical peaks, suggesting there is little room to further increase supply.

“Should home building approvals peak within coming months, it would also mean home building activity will start to decline by late this year [or] early 2016 – undercutting what has recently been an important source of economic growth,” he said.

Mr Bassanese said the housing sector has enjoyed a decent lift in both prices and building activity over recent years, but there is emerging evidence that suggests the rise in supply has not been in areas where it is needed most.

He said that while price rises have been most acute in Sydney, the expansion in supply has been more evident in Melbourne and Brisbane – particularly high-rise developments in inner-city areas.

“The RBA’s report noted the ‘risk of oversupply appears most evident in inner-city Melbourne’, while it also cited liaison reports from business expressing ‘concern about possible future oversupply’ in Brisbane.”

Mr Bassanese added that non-residential construction accounts for about 40 per cent of non-mining sector investment and, compared with other investment components, has a higher “local value-added component” and is “quite cyclically volatile”.

“Accordingly, it seems unlikely that non-mining investment can recover strongly in the coming year and provide much of a sorely-needed boost to the economy without a decent rebound in non-mining, non-residential construction.” 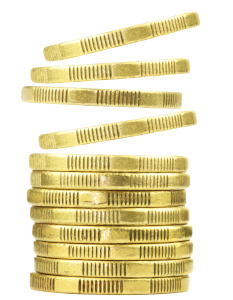